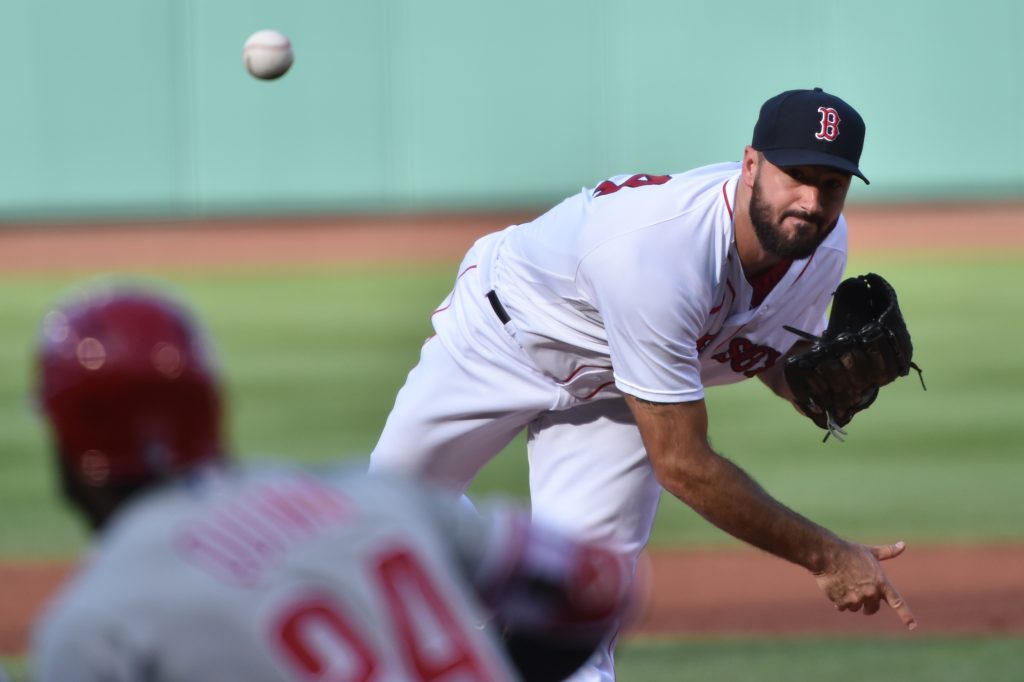 The Red Sox are selecting the contract of right-hander Brandon Workman, manager Alex Cora announced to reporters this morning. Righty Colten Brewer is being optioned to Triple-A Worcester in a corresponding 26-man roster move. A 40-man roster move will be announced later today as well. Workman, who signed a minor league deal to return to the Sox after being cut loose by the Cubs, had triggered a June 1 opt-out clause in his Red Sox deal earlier this week. That gave the Sox 48 hours to either release him or add him to the big league roster, and they’ve chosen the latter.

Workman, 32, pitched just eight innings for the Cubs earlier this season, allowing nine runs (six earned) on a dozen hits and seven walks with 11 punchouts in that short time. He looked quite effective until being tagged for three runs in each of his two final appearances with Chicago. Workman was on a one-year deal worth $1MM, so the Cubs didn’t have a particularly long leash when he struggled early in the year. That he was even available on such an affordable deal was a reflection of similar struggles he endured following a trade from Boston to Philadelphia last summer.

Of course, Workman is no stranger to the Red Sox organization. Boston selected him out of the University of Texas with their second-round pick in 2010, and he spent his entire professional career in the organization up until last August’s trade. Things didn’t pan out for Workman as a starter early in his big league tenure, but a full-time move to the bullpen proved to be a career-changing decision. From 2017-20, Workman threw 157 1/3 innings out of the Boston bullpen and notched a 2.57 ERA with a hearty 29 percent strikeout rate against an 11.8 percent walk rate.

As evidenced by that elevated walk rate, control has long been an issue for Workman, but he’s managed to overcome his sub-par strike-throwing skills by missing bats at a high rate and keeping the ball on the ground at an above-average 46.8 percent clip. Outside of his rocky stints with the Phillies and the Cubs, he’s been a solid late-inning reliever. He’s unlikely to be thrown right back into the fire as the Red Sox’ closer — especially with Matt Barnes pitching so well — but it wouldn’t be all that surprising if Workman resurfaced as a viable setup option before too long. He has some work to do to right the ship, but his poor performance since last summer’s trade effectively amounts to a two-month slump.