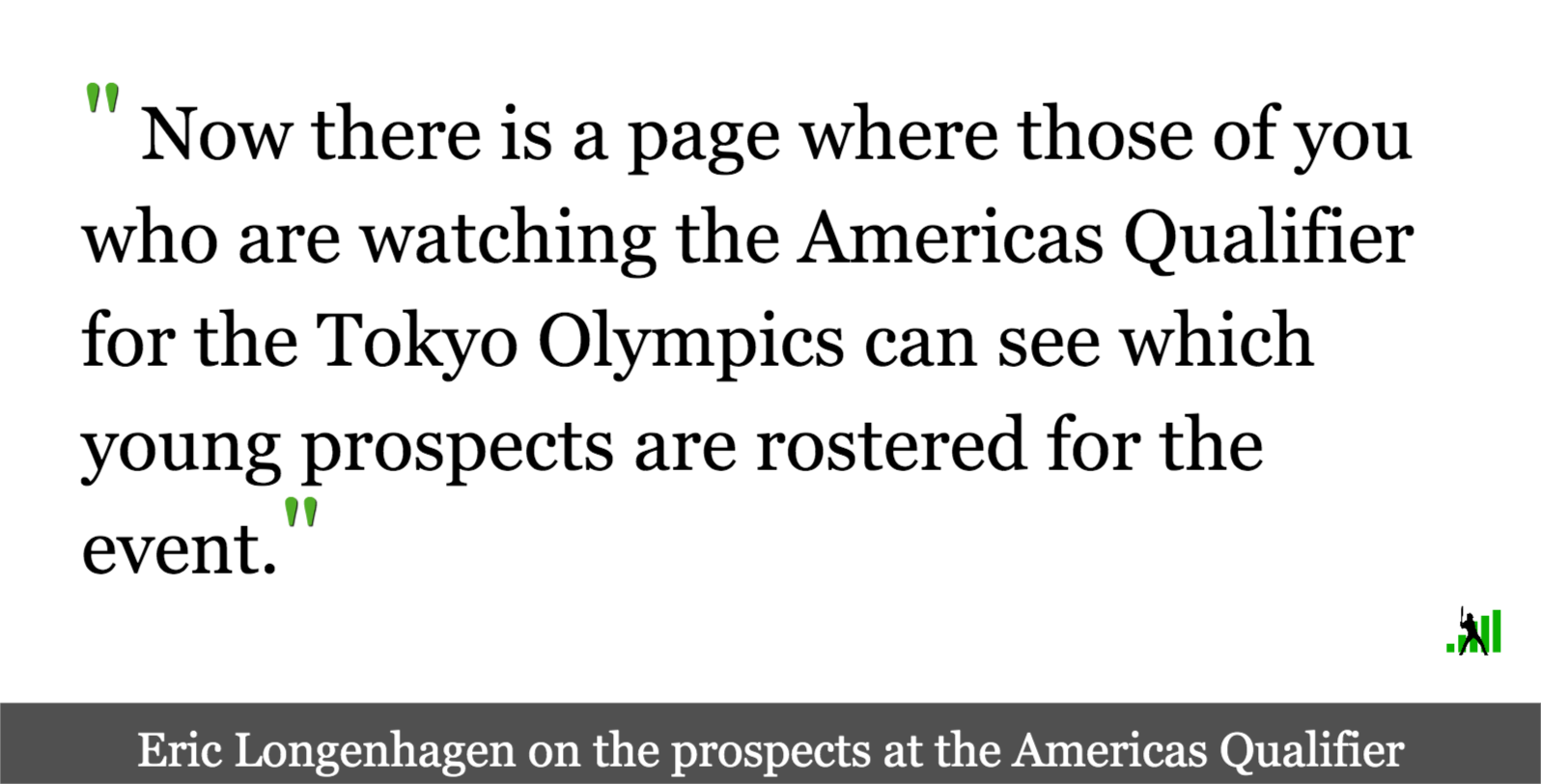 Because there are so few minor league baseball games on Mondays this year, you’ll see me play with the format of the Tuesday Daily Prospect Notes. For today, I’ve made a change to the Seasonal tab over on The Board. Now there is a page where those of you who are watching the Americas Qualifier for the Tokyo Olympics can see which young prospects are rostered for the event. Day One of the Qualifier was yesterday when the site was dark for Memorial Day. You can find recaps of yesterday’s action on the WBSC website along with each country’s full roster.

This qualifier was originally supposed to take place in Arizona during March of 2020 but the pandemic reached our shores and it was postponed. It’s now being played on the east coast of Florida, in St. Lucie and Palm Beach. Two four-team pods (Group A is the US, Nicaragua, Puerto Rico, and the Dominican Republic; Group B is Venezuela, Colombia, Cuba, and Canada) play a round robin tournament, with the two top seeds from each pod advancing to face the top two seeds in the other. The country with the best record at the end advances to the Olympics while the second and third place teams face each other for the final qualifying spot.

In addition to the prospects I’ve added to the Seasonal tab, there are several recent big leaguers (David Robertson, Melky Cabrera, Robinson Chirinos, etc.) playing in the Qualifier who most readers will know, along with lots of draft picks and signees from years ago who are no longer “prospects” but will be familiar to those long-immersed in prospect stuff (Jesmuel Valentín, Ryan Kellogg, Noel Cuevas, etc.). Mariners outfielder Julio Rodríguez is the top prospect in the entire tournament; there are four more Top 100 prospects and another half-dozen who project as good big league role players. I also have brief scouting reports on several of the Cuban players, mostly pitchers who have had good careers in Japan and who might factor in big league free agency over the next couple of years as they age out of the bonus limitations put forth by MLB.