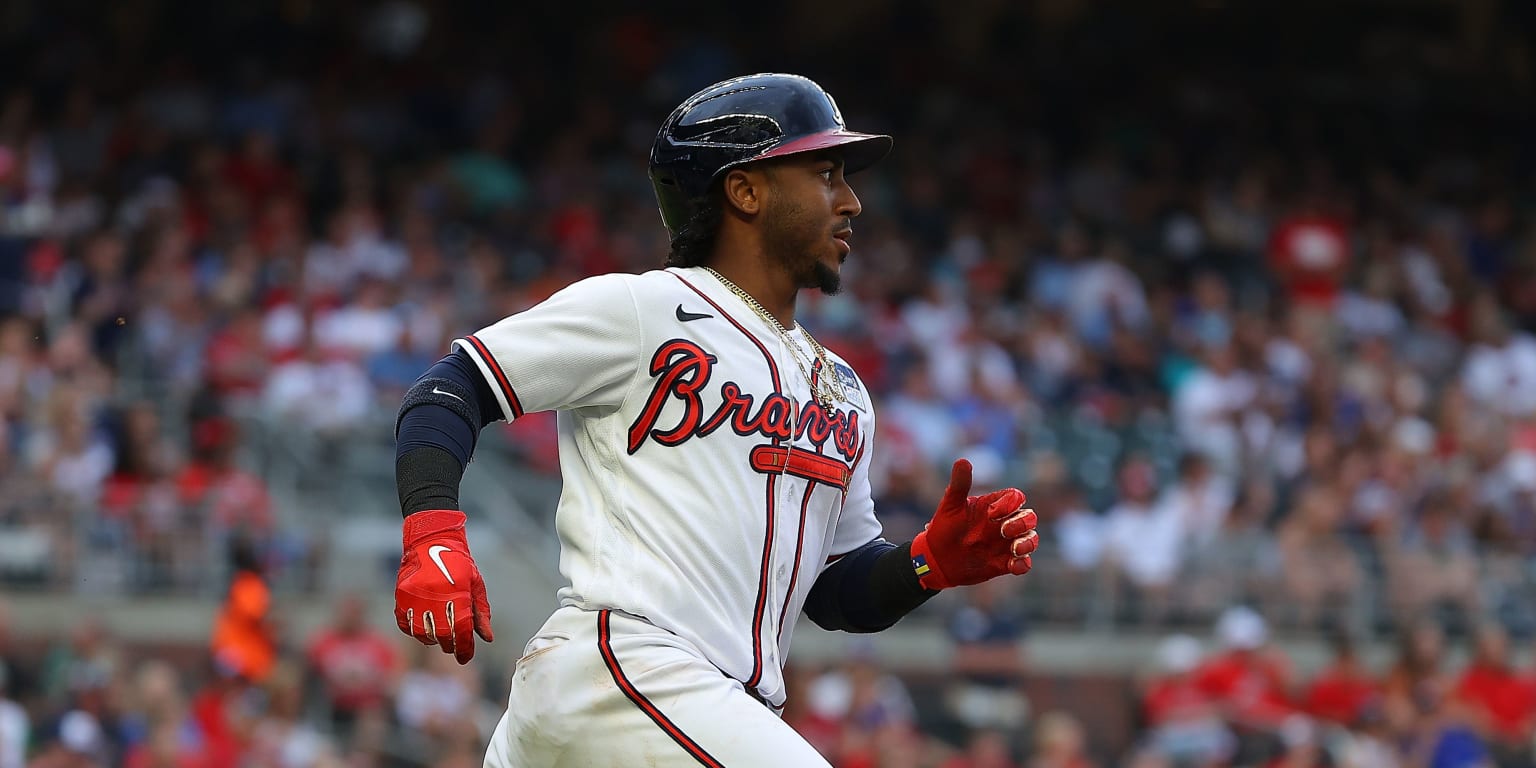 ATLANTA — Just when it looked like the Braves might distance themselves from the misery that has followed them most of the past week, A.J. Minter surrendered a decisive eighth-inning homer in a 5-3 loss to the Nationals on Wednesday night at Truist Park.

It’s been that kind of week for the Braves, who have lost four of their past five games going back to last week’s series finale in Boston. They seemingly got a much-needed boost when Ozzie Albies belted a game-tying, two-run double in the seventh inning of this latest setback.

But Minter’s bid to get through the eighth inning unscathed evaporated when he allowed a two-strike, two-out home run to Yan Gomes. The go-ahead shot stands as the only home run the left-handed reliever has allowed in 20 2/3 innings this year.

“I think you make your own breaks and create your own good luck,” manager Brian Snitker said. “You’ve got to execute, get hits, make plays and all that. But it’s like if it’s going to go bad, it has for sure.”

Let’s look at this latest portion of the rollercoaster journey experienced by the Braves, who have not had a winning record this season. They won three straight against the Pirates and then ran their winning streak to four games with a series-opening win against the Red Sox. They exited Fenway Park with a loss and sandwiched another setback between two rainouts against the Mets in New York.

Within this span, Atlanta learned Marcell Ozuna had been arrested for domestic violence. Filling his projected potential for the remainder of the season became the latest challenge for a club that has had issues with its rotation, bullpen and inconsistent lineup.

“We’re not playing as well as we know we’re capable of,” shortstop Dansby Swanson said. “I think that’s probably the more frustrating thing than anything. We know and believe that we’re better than what we are right now.”

The Braves were unable to take advantage of Stephen Strasburg’s injury-related exit in the second inning of Tuesday’s loss and they never solved Jon Lester, who allowed one run and five hits over 5 2/3 innings. The 37-year-old left-hander was making just his third career start with short rest. The lone run he surrendered was Swanson’s opposite-field homer in the second.

While the Nats strengthened the back end of their rotation by giving Lester a one-year, $5 million contract this past offseason, the Braves gambled by giving Drew Smyly a one-year, $11 million deal.

Smyly has pitched better over the past month. But given the problems Atlanta has had with its bullpen and outfield depth, there’s long been reason to question if it would have made more sense to sign Lester or another cheaper option to fill the fourth or fifth starter’s role.

However, this game wasn’t lost because of Smyly, who allowed three runs and seven hits over 4 1/3 innings. The veteran left-hander minimized damage in the second, pitched around trouble with two big strikeouts in the third and then was doomed by the long ball yet again in the fifth.

Juan Soto’s two-run homer in the fifth was the 14th allowed by Smyly. The Cubs’ Kyle Hendricks is the only MLB pitcher who has allowed more homers than the Braves’ southpaw, who allowed one home run while working just 21 1/3 innings as a starter last year.

Making this year’s homer total more frustrating is the fact that seven have been surrendered with two strikes.

“You know, they’re not hitting homers when it’s three balls off the plate,” Smyly said. “They’re hitting homers when [the pitch] is on the plate. So, it just kind of feels like I’m beating myself, and a lot of those home runs have come in crucial times when there’s a runner on or two runners on, and it kind of changes the outcome of the game.”

The outcome of this game was determined by Minter’s two-strike cutter, which stayed over the middle of the plate for Gomes to drill for the go-ahead homer. The Braves are now 0-8 when tied after seven innings, and the bullpen that saved them when they had to piece together a rotation last year has been a liability.

Maybe the relief corps will improve when Shane Greene is added and maybe the offense will prove to be a little more consistent over the next few months. But now that June has arrived, it’s harder for everybody to remain patient.

“This game never is easy,” Snitker said. “I’ve been through this many times over the last 45 years. You’ve got to hang in and handle it. It’s not easy to do. We’re a better club than what our results are, and it’s not just one thing. We haven’t been able to get everything hitting on all cylinders. You’ve got to stick with it and keep going because eventually, it’s going to happen.”