What a crazy offseason it has been so far, and I have a feeling it’s far from over yet.

Across his past eight seasons in the major leagues, Carlos Correa has never found himself on the injured list for any right-leg issues.

But who knew a surgery from his time in the minor leagues (when he was still 19) would come back to haunt him nearly nine years later?

From December 13th until just this Wednesday, it seemed almost certain that Correa would be signed to a 13-year, $350 million agreement with the Giants. But that was before the first physical.

When the Giants detected a problem with his physical, Correa and his agent, Scott Boras, spent no time waiting. They instantly jumped ships with the Mets who upped their initial offer by $27 million.

On Thursday, Correa was well on his way to signing a 12-year, $315 million agreement to play in New York until he underwent his physical….again. 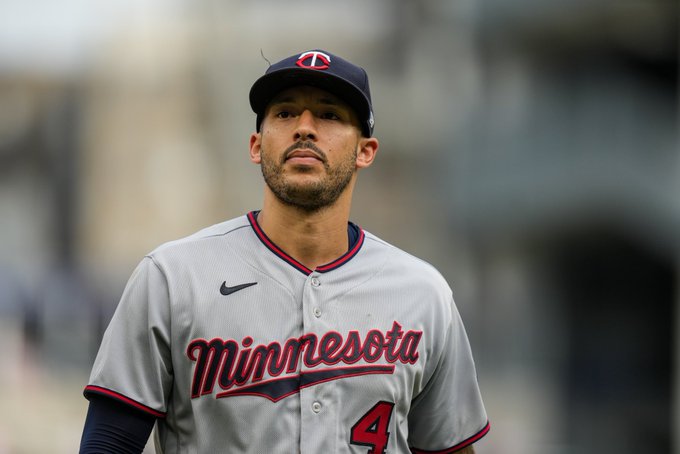 What seems to be at stake is the stability of Correa’s lower leg but the real long-term problem and details are still unknwon. But the fact that two teams have now expressed concern makes it seem like the phyiscal isn’t something that should be handled lightly.

If this deal with the Mets also falls through then Correa, who has played in 148 and 136 games the past two seasons, will be back on the market once again.

Will the Dodgers make another attempt at Correa? It’s been made clear that the star shorttstop is looking at a long term deal as he’s only 28 and has plenty of time left to play…BUT if his phyiscal is as concerning as it seems, his time in the big leagues might be more limited than he thought.

And maybe, just maybe, the Dodgers will throw him a bone and a short term contract since they are still in search of an Opening Day shortstop.

Alex Lange Loves His Curves But Not His Edges

Dodgers News: Fernando Valenzuela’s No 34 Will Be Retired This Season

ESPN: “The Reds could be interesting again soon”