A familiar face and someone fans miss now more than ever is finding his new home in Boston. Three-time All-Star Kenley Jansen was introduced into the Red Sox clubhouse and couldn’t be more excited for the opportunity.

Jansen who made his name with 11 years in the Dodgers which included a 2020 World Series ring spent last season with the Braves. After just one season, Jansen finds his third home in three seasons.

Jansen still remains one of the top closers in the game and someone the Dodgers could heavily rely on now more than ever. All Dodgers fans can do now is reminisce as Jansen gets ready to make an impact with the Red Sox (via Ian Browne, MLB).

“It happened so quick,” Jansen said during Tuesday’s introductory press conference at Fenway Park. “I was excited. I couldn’t even finish watching my movie, because I’m coming to Boston.”

Playing in storied franchises is something Jansen is all too familiar with. The perfect piece for Boston.

“It’s one of the historic organizations in baseball, and the weight that the name Red Sox carries, it just gets you excited, gets your adrenaline going,” Jansen said. 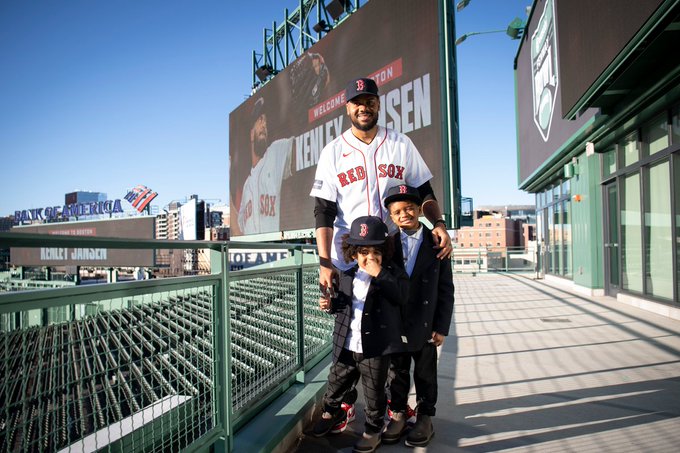 The Dodgers have remained complacent with signing more pitchers to the struggling unit and it wasn’t out of the realm of possibility to bring Jansen back. Now that ship has sailed like many rumors circulating with the team as they have more question marks now than before entering the off-season.

Carlos Correa’s New New Deal Sends Him Back to Minnesota