The Angels are not from Los Angeles. Get the F outta here with that Manute Bol s**t. Grey has ranted about the topic more than once in the past but this is a topic that must never be left to die. The distance from Los Angeles to Anaheim is around 26 miles which equates to approximately a 45 minute drive with minimal traffic. Narrator: There is never minimal traffic. Do you know what’s around 25 miles away from New York City? White Plains. If you drive 14 more miles, you’re in Stamford, Connecticut. From San Francisco, add 12 miles and you’re in San Jose. After I start my GoFundMe account and get enough funds to purchase the team from Arte Moreno, my first order of business is to change the logo: 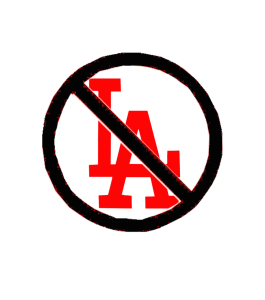 I still like the rally monkey though. That can stay. I also like bananas and enjoy long walks on the beach. How about Luis Rengifo, the middle-of-the-order bat for the Angels?

Get the Rengifo outta here!! Let’s dig in to see if he is just a poser like that team down in Anaheim or if he’s worth your time for fantasy.

He signed with the Seattle Mariners as an international free agent back in 2014. Three years later, he was traded to the Tampa Bay Rays and then was acquired by the Angels the following season.

Throughout his minor league career, he was a solid hitter who was patient and didn’t strike out often. There was only one season that the strikeout rate eclipsed 20% and he had a double-digit walk rate five times. He stole over 20 bases three times but didn’t exhibit much power, posting a high of 11 home runs in 450 plate appearances during the 2017 Single-A season. He totaled 25 home runs the rest of his minor league career, which spanned 1,812 plate appearances.

Entering the 2022 season, he was slotted for the utility role again but then David Fletcher suffered a hip injury and the rest is history. He was hitting toward the bottom of the lineup early on, but then slowly moved up the lineup to where he became the 3/4 hitter. There were injuries and it’s an indictment of how poorly Angels management has surrounded Ohtani and Trout but, still, Rengifo should be given some credit. He’s slashed .268/.302/.424 with a .155 ISO, 3.8% walk rate, and 15.9% strikeout rate. He has nine home runs and five stolen bases in 345 plate appearances.

Looking at his Statcast page, you’d have thought that he played for the real team in Los Angeles. Lots of blue. Let’s check out Fangraphs.

The GB/FB ratio of 1.18 is the lowest of his career. The approach looks to be consistent with his career, as he pulls the ball 40% of the time. He has been going up the middle more often, though. The 41.2% center rate is the first time over 40% in his young career.

The contact rates are good: 87.1% in the zone and 79.4% in general. The swinging strike rate of 11.5% isn’t great but it’s not bad either. For perspective, Luis Arraez leads MLB with a 2.7% rate while Luke Voit is at the opposite end of the spectrum at 19.7%. The thing that jumps out is the aggressiveness, which explains the low walk rate. He’s swinging at 79.6% of pitches in the zone and chasing 38.9% of pitches outside the zone. That puts him at 6th and 15th respectively.

He is pretty meh from a fantasy perspective. There’s some speed if you squint hard enough. Disclosure, I’m Asian so I see the speed with little effort. There’s some pop. The 11.5 degree launch angle isn’t great but he’s not killing gophers. Rafael Devers has an 11 degree launch angle for perspective. The allure of Rengifo is the 2B, 3B, and SS eligibility. In addition, he’s hitting in the middle of the order for the Angels, often right behind Trout and Ohtani. Gross, but it is what it is.

Steamer has Rengifo projected for four home runs and two stolen bases the rest of the way with a 6.7% walk rate, 17.9% strikeout rate and .149 ISO. That ain’t bad, especially for a middle infielder. Rengifo won’t be a league winner, but has utility, especially as a fill-in.