The Dodgers and Brewers have split their first six games this season, just like they did in the 2018 NLCS. Tonight, they head back to Dodger Stadium for one last game to see who wins the season series.

The Dodgers come into the game as heavy favorites, partly because they are a better team, and partly because they have a guy with a 1.77 ERA going against a guy who, on paper, seems like a Dodgers wish list of what they’d like to face in an opposing starting pitcher.

Andrew Heaney gets the start for the Dodgers. Heaney is coming off his first bad start of the season, against these same Brewers six days ago. He had great stuff, striking out 10 batters in 4.2 innings, but he allowed five runs (three earned) on three homers to take the loss.

Taking the mound for Milwaukee will be Adrian Houser, making his first start in almost two months after being sidelined by a forearm issue. Houser made three rehab starts with Triple-A Nashville, but he maxed out at 3.1 innings and 68 pitches, so he’s unlikely to go very deep in this game.

Freddie Freeman and Trea Turner are the only Dodgers who have ever faced Houser. They’re a combined 1-for-7, but that one hit was a Freeman homer. Houser throws right-handed, doesn’t strike out many hitters, and has a relatively high walk rate, so he’s definitely the kind of pitcher the Dodgers should feast on.

The #Dodgers go for the series win in the rubber match when Andrew Heaney takes the mound tonight at 6:00 PM. https://t.co/xnDfdq3IRU 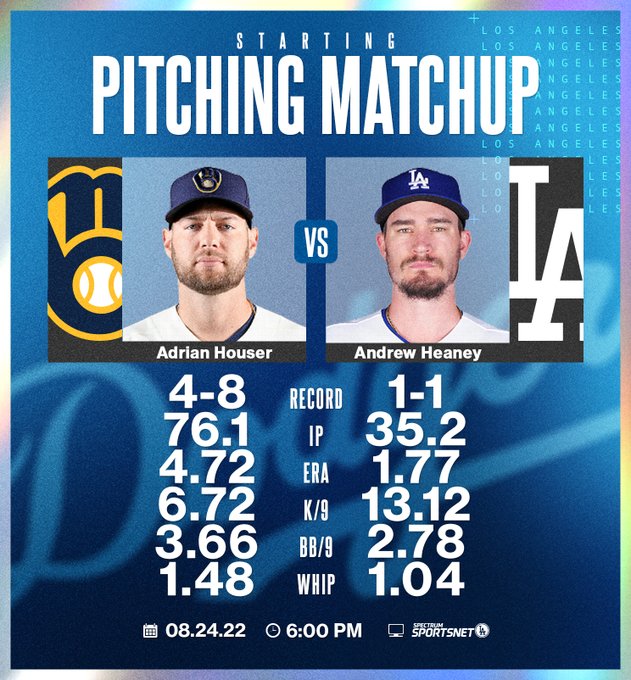 Will Smith gets a real day off, with Austin Barnes catching and Chris Taylor at DH. Gavin Lux is still out with his neck issue, as expected, and Joey Gallo gets the start in left field. 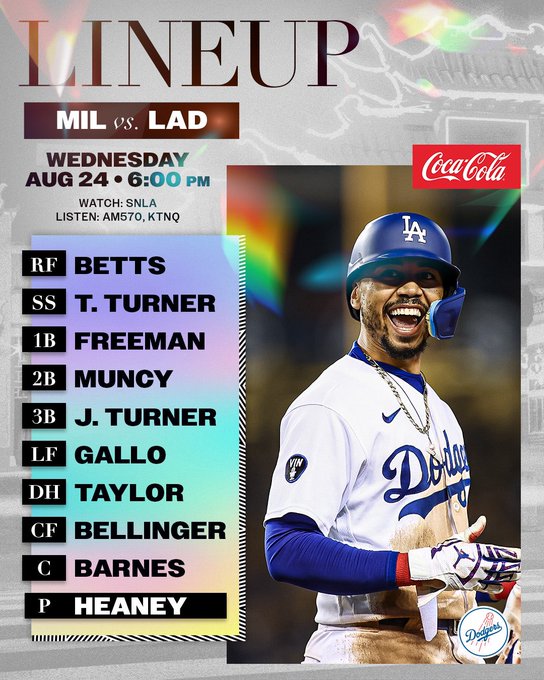