Late last week, 16-year MLB veteran and current MLB Network analyst Mark DeRosa was named manager of Team USA for next year’s World Baseball Classic. On Tuesday, DeRosa’s coaching staff was announced, and there’s one name that is quite familiar to Dodgers fans. 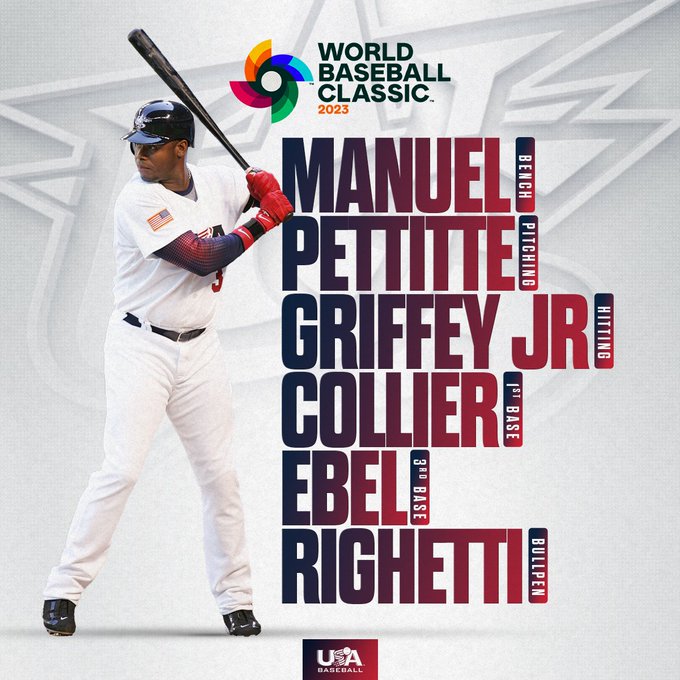 Ebel, who played just two games above Double-A, is the only member of the coaching staff with no big-league playing experience. But he has been a coach in pro ball since 1991 and a big-league coach since 2006, first with the Angels and the past four years with the Dodgers.

In a press release posted on usabaseball.com, DeRosa touted the experience of his coaching staff:

“I couldn’t be more excited to get in the fight with this group of men,” said DeRosa. “The wealth of knowledge, experience, and character that these guys will bring to our clubhouse will be vital to our success. March can’t come fast enough.”

“The wealth of baseball knowledge on this coaching staff is second to none,” said Team USA General Manager Tony Reagins. “Jerry will bring a lifetime of baseball experience to the dugout to assist Mark as his bench coach while former All-Stars Dave Righetti and Andy Pettitte will handle the pitching staff. Dino & Lou who have spent a lifetime in baseball coaching and developing players will handle the first and third base coaching duties while Hall of Famer Ken Griffey Jr. will be an invaluable asset as our teams hitting coach. I’d like to welcome all of these guys to our team.”

“Our goal is to defend our World Baseball Classic title and the coaching staff we have assembled is an incredible first step in making that goal a reality,” said USA Baseball Executive Director and CEO Paul Seiler. “Every member of this staff is a respected figure in the game of baseball and boasts remarkable accolades from their respective playing and coaching careers. We are excited to work with these coaches as we collectively aim to lead Team USA to a second consecutive world title.”

The fifth installment of the World Baseball Classic will take place from March 8-21, 2023. The semifinals and finals will be held at loanDepot park in Miami from March 19-21.

Fantasy Baseball Podcast – I No Machine, I Albert