2023 Cincinnati Reds schedule is out, Opening Day vs Pittsburgh Pirates

The Cincinnati Reds schedule for the 2023 season was released this afternoon. As usual, the Reds will begin the season at home and this year they will take on the Pittsburgh Pirates. Opening Day will be on Thusday March 30th, followed by an off day on Friday the 31st, before resuming things on Saturday and Sunday against the Pirates.

April will feature plenty of interleague play with games against the Tampa Bay Rays, Texas Rangers, and Oakland Athletics. In May the Reds will have a home series against the New York Yankees. That’s probably the biggest home series of the year until September 4th when the Reds will host the Seattle Mariners for three games. While we don’t know how things will play out between now and then, the Mariners should be coming back to Cincinnati with a team full of former Reds players. 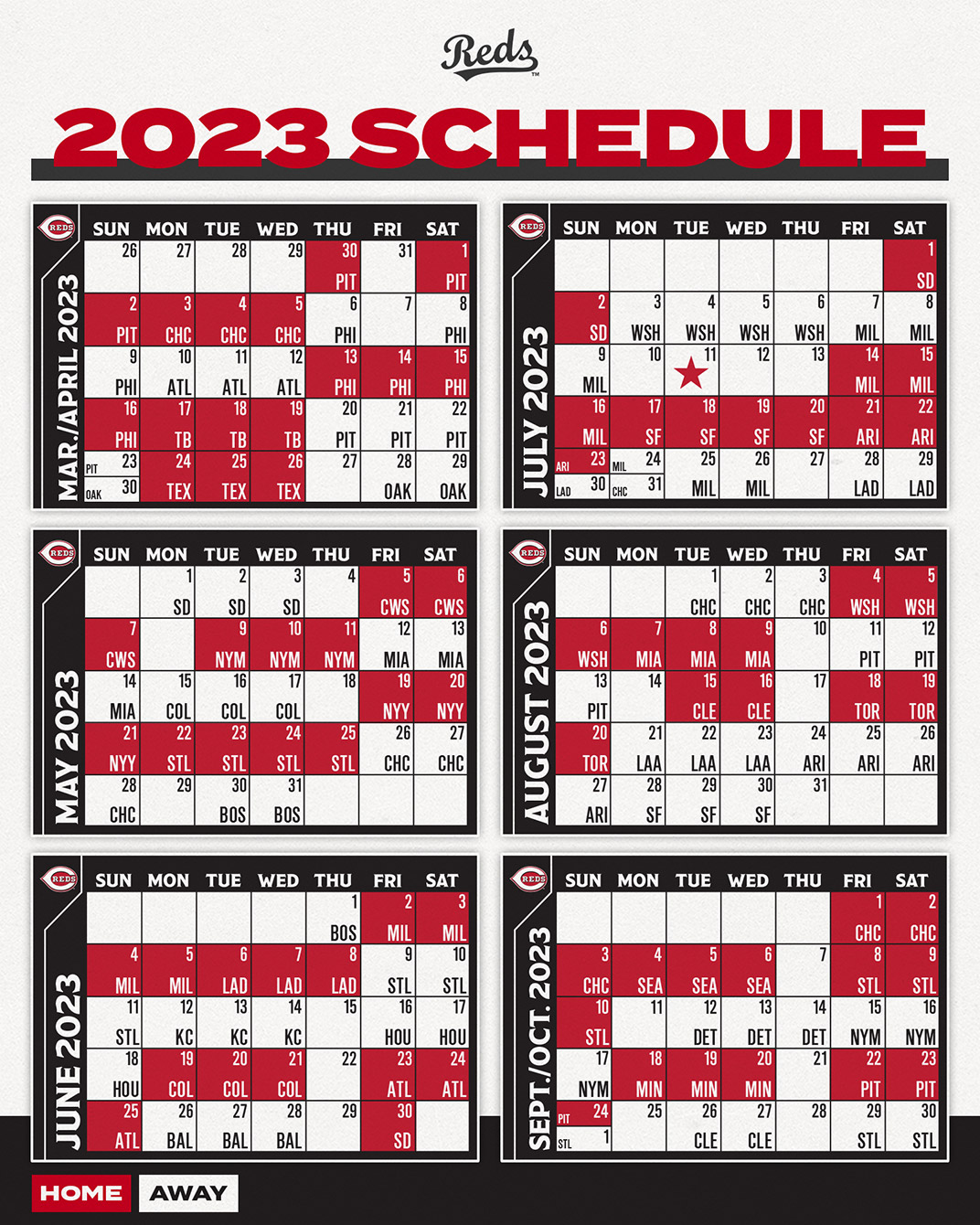 The new schedules for 2023 include at least one series with every team in baseball. What that has done is minimize the number of times teams play each other within the division. Next season the Reds will only play the Pittsburgh Pirates, Chicago Cubs, St. Louis Cardinals, and Milwaukee Brewers 13 times each.

The All-Star game will be held on July 11th this season, with the All-Star break going from the 10th through the 13th. The Reds will close out the first half in Milwaukee against the Brewers and then open up at home in the second half by hosting the Brewers. Cincinnati will also finish the season with a 5-game road trip that hits both Cleveland to take on the Guardians before landing in St. Louis for a 3-game set ending on October 1st.

Is there anything that stands out to you on the schedule? Any series that jumps out to you? Are going making any road trip plans?