The Dodgers have faced the Brewers five times in the last eight days and lost three of those games, including last-night’s series opener in which Eric Lauer and the Milwaukee bullpen threw a shutout. The Dodgers need to win the last two games of this series to keep from losing the season series to the Brewers.

That won’t be an easy task, as reigning Cy Young Award winner Corbin Burnes takes the mound for Milwaukee tonight. Burnes isn’t having quite as good a season as he did last year, but he still leads the National League in strikeouts and has the fourth-best ERA in the league at 2.43.

One of those three pitchers with a better ERA than Burnes, though, is his opponent tonight and former college teammate Tony Gonsolin, who leads the league with a 2.12 ERA. Gonsolin and Burnes were teammates at St. Mary’s College of California from 2014-16, where Burnes was the star pitcher and Gonsolin was an occasional pitcher but mostly a slugging outfielder.

With the teams having just faced each other last week, there’s plenty of familiarity between the pitchers and the hitters. Cody Bellinger and Justin Turner are the only Dodgers who have homered against Burnes in their careers, but Trea Turner and Gavin Lux have both had a lot of success in very small samples against him.

On the other side, none of the Brewers have had any success against Gonsolin, who threw seven two-hit innings against them last week. The current Brewers roster is a combined 2-for-22 with a sub-.400 OPS against Gonsolin, with one hit each from Kolten Wong and Keston Hiura. 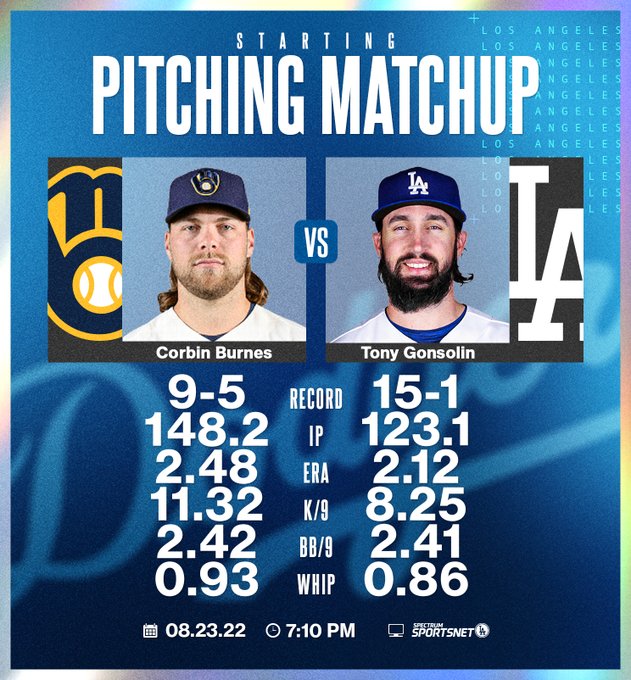 Justin Turner gets the day off against the tough righty Burnes. Joey Gallo gets the start in left, while Chris Taylor starts at DH, batting eighth. The rest of the lineup is standard 2022 Dodgers. 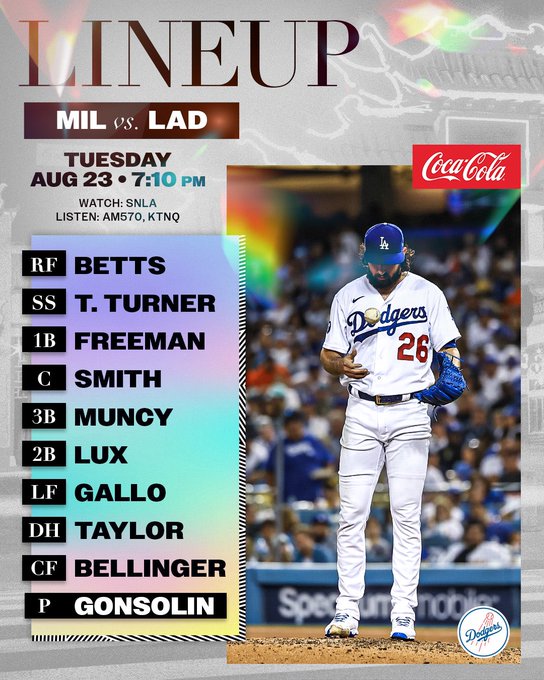