After splitting their last series in Milwaukee, the Dodgers came home looking at three games against three really good young Marlins pitchers. They only ended up facing two of the really good pitchers, as Braxton Garrett got hurt and the Dodgers got to knock around Bryan Hoeing in his major league debut on Saturday. In the bookend games of the series, the Dodgers beat Jesus Luzardo in a pitchers duel and Sandy Alcantara in a blowout, resulting in a three-game sweep to extend their NL West lead to 18 games.

Meanwhile, the Brewers were in Chicago losing two of three to the Cubs to drop to 5.0 games behind the Cardinals in the NL Central and 1.5 games behind the Phillies for the third and final Wild Card spot.

Today, the Brewers roll into Los Angeles to complete their season matchup against the Dodgers with a three-game series. The Brewers will have their ace, Corbin Burnes, on the mound for game two of the series, with lefties Eric Lauer and Aaron Ashby starting the first and third games, respectively.

Tonight’s game pits Lauer against Dodgers co-ace Julio Urias. Urias, the majors’ only 20-game winner last year, is currenty 13-6 and has won his last ten decisions, at least in part because the Dodgers starting scoring runs in the games he pitches. Between May 9 and June 12, Urias lost five of six decisions over seven starts despite averaging just over two runs allowed per start and allowing two of fewer in five of the seven starts. The Dodgers scored a total of 11 runs in those five losses.

Urias faced the Brewers last week and threw five shutout innings en route to a 4-0 victory. Andrew McCutchen is the only current Brewer who has ever homered against Urias, and all current Brewers overall have combined to hit .182 with a .538 OPS against him.

Lauer, known early in his career as a Dodger killer, lived up to that reputation last week, holding the Dodgers to just two runs in seven innings. Unfortunately for him, Tony Gonsolin was even better, throwing seven shutout innings for the win. Cody Bellinger, who sat for a “reset” last week when Lauer started, is 5-for-15 with two doubles and a home run in his career against Lauer, while Trea Turner is 5-for-12 with a double and two homers.

The Milwaukee Brewers are in town to open up a 3-game series against the #Dodgers.
Check out the series scoop to see how the teams stack up. 📊 https://t.co/srPi6JADCX 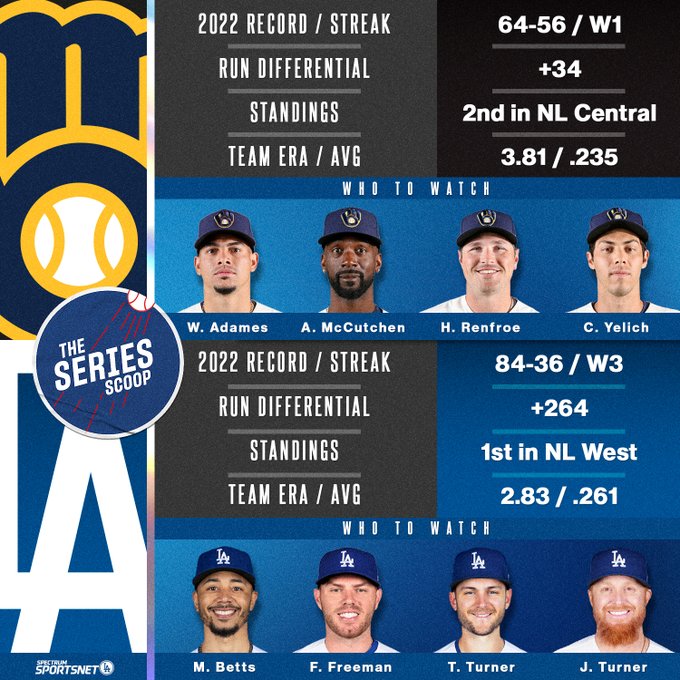 The #Dodgers open up their three-game set against the Brewers with Julio Urías on the mound tonight at 7:10 PM. #AlwaysLA https://t.co/ZmPASnBj8y 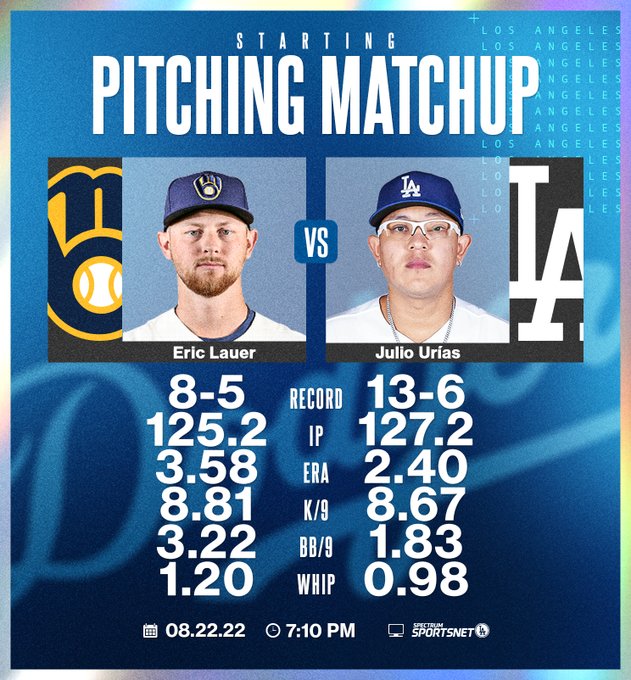 The Dodgers go with their classic starting nine against Lauer, with Gavin Lux batting eighth and Bellinger ninth with the lefty on the mound. 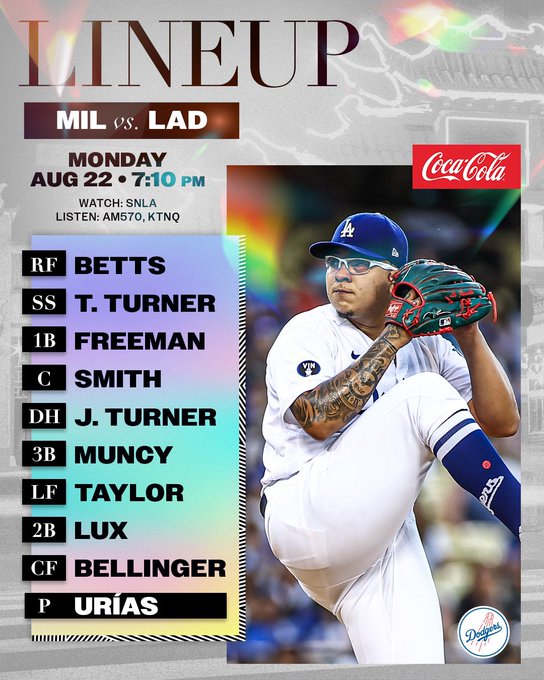 NFBC Draft Champions Recap: Never Nervous When You Have Mervis