The Dodgers and their fans have been waiting for news on Walker Buehler today. He was set to undergo exploratory surgery to further determine what the issue was with his throwing arm. The hope was obviously that it was not a major issue that would take him out of the running for next season.

But it sounds like that is the case for Buehler. The Dodgers pitcher posted on his Instagram account and it looks like he is having Tommy John surgery. This would be the second time in his baseball career that he needs to have a major arm surgery, which keeps him off of the mound for roughly 18 months.

Buehler would likely miss the entire 2024 season as a result of the surgery. That’s already a huge blow for the Dodgers and their pitching staff for next year. 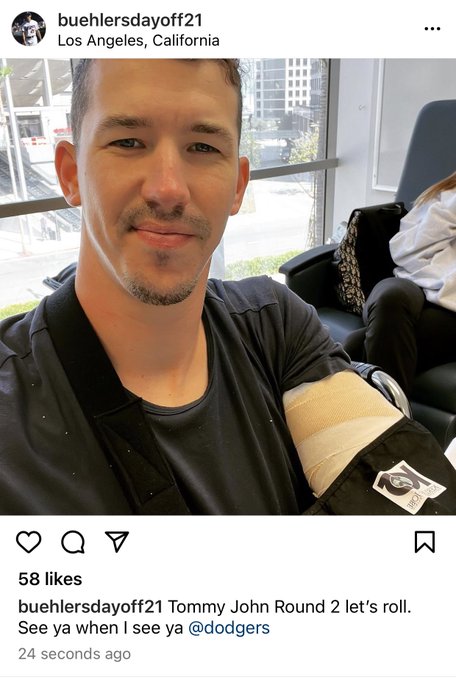 Buehler has been shut down since mid-June when he had to exit his start against the Giants. The Dodgers called it a forearm strain initially, with the hopes that he could return before the postseason run. He had been building up his throwing distances and hit a wall earlier this month. That eventually resulted in the team shutting him down for the season and announcing that he would nee surgery to determine the issue.