On Monday afternoon, before their series-opening loss to the Brewers, the Dodgers announced they had signed infielder Max Muncy to a contract extension that locks in the team option they had held for 2023 and adds a new team option for 2024. The contract will pay Muncy $13.5 million in 2023, and the option for 2024 is worth a base $10 million with incentives based on plate appearances that could push the value to $14 million.

But according to Dodgers president of baseball operations Andrew Friedman (as reported by Bill Plunkett in the Orange County Register), the team actually initiated the extension talks in July, when Muncy was mired in the worst and longest slump of his Dodgers career.

“I think the stuff under the surface was better than the surface line,” Friedman said. “We kept telling him that, reiterating it, but obviously he has really high expectations for himself. He cares less about the underlying numbers and more about the actual production. So I think there was some frustration on his end.

“But at every turn, we kept trying to positively reinforce the progress and what we were seeing. Again, there’s no better way to show it than this. I think that peace of mind I would think from my vantage point, speaking for him, has some value.”

Friedman also said the extension had been agreed upon “a while ago,” according to Fabian Ardaya of The Athletic.

Dodgers broached extension talks with Max Muncy in late July, Andrew Friedman said. Deal was agreed upon a while ago, but wasn’t announced until today. Said Muncy’s upswing of late wasn’t a factor — club was already confident he would turn things around.

While we don’t have a solid definition on what “a while ago” means, it’s worth wondering whether the peace of mind that comes with job security helped Muncy with his recent breakout.

Dodgers manager Dave Roberts was understandably thrilled to know he’ll have Muncy’s name to pencil into his lineup for at least another year. 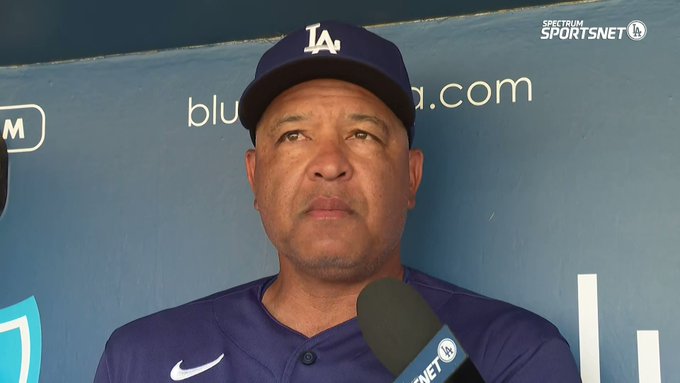 “I think it, number one, first and foremost, speaks to what he’s done for us. And also, [for them to] have talks where he was at a few weeks ago speaks to how we value him going forward. So I think it was a great thing for everyone.”

“It’s certainly encouraging, but this was already kind of in the works a few weeks ago, where he wasn’t swinging well. So it’s the chicken or the egg, what led to his resurgence, but I think it’s a combo, and like I said, I couldn’t be happier for Max. “

Roberts has continued to put Muncy in the lineup all season, even with the lack of production, and he attributes that to seeing all that was going on with the struggling slugger beyond the end results.

“I think for me, I have an easier time betting on makeup, and guys that prepare, guys that compete, and guys that play to win. And I know the organization feels the same way. So I’m not surprised by the production increase, and yeah, I didn’t waver, I don’t think any of us wavered internally on he was going to get back to being the player that he’s always been.”

With the faith the Dodgers organization has shown in Muncy, it’s no surprise he wanted to stay in Los Angeles as long as possible. And with the production he’s given over the past five seasons, it’s no surprise they wanted him to stay.

It’s a match made in Blue Heaven.

The Bellinger Tolls For the 2019 NL MVP

The Bellinger Tolls For the 2019 NL MVP