After 476 days, the Dodgers finally saw Dustin May take the mound for a major league baseball game again. His season debut came on Saturday evening against the Miami Marlins, as he earned his first win in a 7-0 victory. The pitching was brilliant once again, and the offense finally snapped a cold streak to support their young righty in his return to the mound.

The anticipation around May’s return has been palpable for quite some time, and he did not disappoint. The final line for Big Red? Nine strikeouts and only one hit over 5 scoreless innings. The fastball was lively for May, and it helped him retire the final 13 that he faced.

Dustin May strikes out the side in his first inning back. Command was understandably off at times, but Code Red is as FILTHY as ever
https://t.co/orOcnix9xm 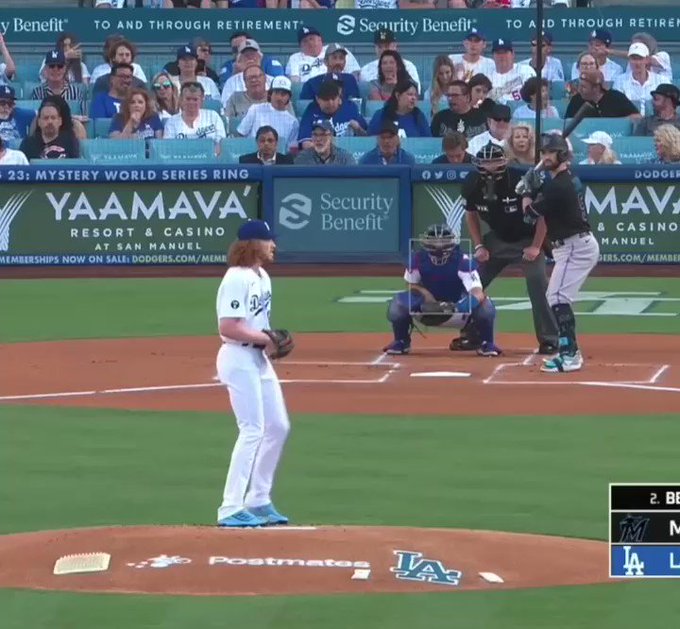 Dustin left little doubt that his arm has fully recovered from Tommy John surgery, and his impact should be felt deep into October.

A Rough Debut for Bryan Hoeing

Getting the call for your major league debut is a special moment, but Dodgers Stadium has to be the worst place to make that start if you’re on the visiting team. Hoeing was able to get the first out of his career on a ground ball from Mookie Betts, but it was a short-lived victory. What followed was 3 straight hits, capped off by a 3-run shot off the bat of Will Smith. 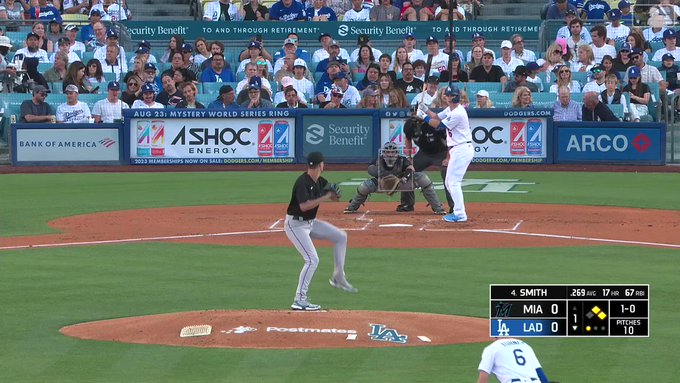 It wouldn’t end there, either. Justin Turner joined Smith in the 3 RBI club with a home run of his own in the third inning as the team piled up 7 runs before Hoeing’s night ended. However, a rough night for the Marlins’ rookie was a welcome sight for the Dodgers, who had failed to score more than 5 runs in six straight outings.

The Dodgers wrap up their series with Miami on Sunday afternoon, sending rookie Ryan Pepiot to the mound in a matchup against Cy-Young frontrunner Sandy Alcantara.

After this series concludes, it’s 3 quick games against the Brewers before a trip to Miami and another series against the Marlins. Following Saturday night’s action, the Dodgers’ magic number to clinch the National League West is down to 24 games.

Will the new “balanced schedule” help the Cincinnati Reds?