After a rough article in Week 17, we bounced back big time last week. All of our pitchers had good starts, and the batters did enough to help our counting statistics. That has me ready to keep rolling here because these final two months are the best time to stream pitchers. Many fantasy managers are sleeping at this time of the year, and it’s a great time to gain some leverage in categories like wins and strikeouts. With that in mind, let’s start with one of my favorite streamers of the season!

We had Cabrera in this article two weeks ago, and we’re getting to the point where he needs to be picked up in every league. The top prospect has a limited workload, but it doesn’t matter since he has a 1.78 ERA, 1.05 WHIP, and 10.7 K/9 rate this year. Those absurd averages are on par with his 2.79 ERA, 0.98 WHIP, and 35 percent K rate in the minors and it’s hard to understand why he’s still over 30 percent available on most formats. Getting to face Oakland is outstanding, too, with the A’s ranked 29th or 30th in runs scored, OBP, OPS, wOBA, and xwOBA.

Peterson’s role has been in flux all season, but it looks like he will make a start here. This guy has been fantastic when starting this year, amassing a 2.79 ERA, 1.14 WHIP, and 9.7 K/9 rate in the 13 games he’s thrown at least four innings. All of those have been starts, with Peterson providing much better splits at home throughout his career as well. However, getting to face Rocky Road is the best part of this because Colorado is always one of the worst offenses outside of Coors Field. This is The Streamonator’s favorite play of the week, projecting Peterson to provide $24.6 worth of value.

Odorizzi was awful in his first start with the Braves, but that’s an outlier in an otherwise stellar season. The trade deadline acquisition has a 3.48 ERA and 1.14 WHIP across his last 12 starts, which includes that dud. We believe he’ll do damage for Atlanta for the remainder of the season because this is simply one of the hottest teams in baseball. Getting to face the Pirates in a pitcher’s park like PNC Park is wonderful, too, with Pittsburgh ranked 28th in runs scored, OBP, OPS, and wOBA while sitting 29th in K rate. The oddsmakers will love him too because he’ll likely be a -200 favorite in this game, with the Buccos projected for 3-4 runs. Odorizzi is simply one of the safest streamers of the week if you’re desperately looking for a win.

I was surprised to see Kluber below 60 percent ownership on almost every fantasy platform. He’s not the Cy Young stud we saw in his Cleveland days, but The Klubot is still functioning at a high level. The right-hander has a 4.33 ERA and 1.17 WHIP so far this year. The advanced numbers tell us that more positive regression is right around the corner, with Kluber compiling a 3.45 FIP and 3.69 SIERA. That should have him off of every waiver wire, but that’s not the case for whatever reason. The matchup with Los Angeles might be the best part of this, though, with the Angels ranked 27th in OBP, 26th in wOBA, and dead-last in K rate. The Streamonator loves him, too, projecting Corey to provide $20.8 worth of value in this start.

Gibson is a crafty veteran who should have no problem navigating this putrid Pittsburgh lineup. He’ll likely be a -250 favorite or higher, picking up a quality start in three straight outings.

The Reds just lost Joey Votto for the season, and they were one of the worst offenses before that. Gray allowed just two hits across six innings in their one meeting earlier this year, striking out nine batters. That’s why The Streamonator has him projected to provide $23.6 worth of value.

The Franimal had a nightmarish season in Cleveland, but a change of scenery is clearly what the doctor ordered. This has always been one of the best hitters in terms of hard-hit metrics, and it appears that the move to Chicago has him right back on track. Not only is Reyes batting in the heart of this order every day, but he’s also got a .351 AVG, .703 SLG, and 1.062 OPS across his last nine games. We’re talking about a hitter who has a .484 SLG, .799 OPS, .337 wOBA and.228 ISO throughout his career, so the hot hitting should continue. That makes him an excellent pickup for the final two months, and we obviously don’t mind that he has eight games this week! 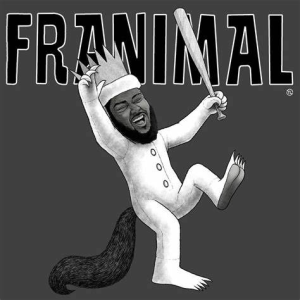 Lars Nootbaar has the best name in baseball, but this dude has some game too. He’s been leading off for the Cardinals this week, generating a .500 OBP, .656 SLG, and 1.156 OPS across his last 11 games. That fantastic form is no surprise with the way St. Louis churns out prospects, and he’d be one of the best pickups out there if he continues to leadoff for this potent lineup. He’s also one of the only waiver wire options with eight games, which could be 30 at-bats for an everyday player. The matchups are the icing on the cake, though, playing five games against a 23rd-ranked Cubs pitching staff. He’s also avoiding Max Fried and Spencer Strider in the Braves rotation, making Nootbaar an elite option in an eight-game week.

Jean, Jean the Hitting Machine! This guy was picked up in every fantasy league at the beginning of the season but was subsequently dropped after a significant thumb injury. The good news is that the former All-Star is back and fully healthy and is one of the best streamers of the week! This is a hitter with a pristine power-speed combo, averaging about 15 homers and 20 steals across 150 games since 2016. That’s the guy we’ve seen this year, with Segura accumulating seven homers and 11 steals across 58 games. He’s also got a .287 AVG, and this is one of the few waiver wire guys who can provide five-cat value. Getting seven games out of a guy like that can’t be overlooked, particularly since he faces a 26th-ranked Pittsburgh pitching staff and a 28th-ranked Reds rotation.