Dodgers All-Star pitcher Tony Gonsolin has been everything the Dodgers could have hoped for and more this season, going 15-1 with a 2.12 ERA over his first 22 starts of the season. Just as importantly, Gonsolin is averaging 5.6 innings per start and has pitched at least six innings in 12 of his 22 starts. Coming into this season, he was averaging 4.4 innings per start and had finished six innings in just four of his 27 starts.

Dodgers manager Dave Roberts was on “Unassisted” on SiriusXM’s MLB Network Radio and was effusive in his praise of Gonsolin. 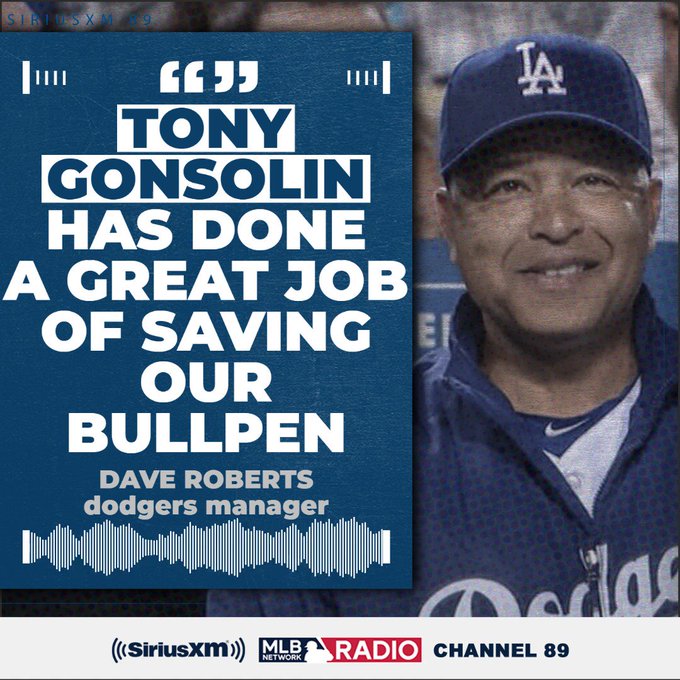 “I’m just proud of Tony. I think his first couple, two-and-a-half year, he was mired with some injuries and trying to stay healthy to make his starts. You know, winning games is one thing as far as it’s still the ultimate goal, and being able to post is more important. So, he’s posting, he’s winning, and like you mentioned, the seven innings, he’s done a great job of saving our ‘pen when we need it most.”

Quality has never been the issue with Gonsolin — in his first three seasons, he was 10-5 with a 2.85 ERA. And while Gonsolin has been better this year than ever before, the biggest improvement has been in quantity, not quality.

As Roberts says, Gonsolin has become the kind of starting pitcher you can count on every fifth day to give the bullpen a bit of a break. Almost without fail, when Gonsolin takes the mound, you can count on a light workload for the bullpen that night. And that, as much as the 15 wins and sparkling ERA, is a huge sign of a budding ace.

FanGraphs Q&A and Sunday Notes: The Best Quotes of 2022