The infamous Trea Turner slide is one that everyone around the league, players and fans know about. However, it should come with a warning every time the Dodgers’ shortstop does it: “Don’t try this at home, leave it up to the professionals…no matter what.”

Because without the warning, a certain talk show host just might try to slide himself into 2 broken bones in his wrist and 6 broken ribs.

Watch the graceful slide here thanks to a video shared by Dodgers vet, Justin Turner. Note: it’s the second clip on the Instagram slide.

Following the slide, Vassegh was rushed to a local urgent care before returning back to work in the fifth inning. With his left wrist wrapped in a soft cast and aware of the fact that he would indeed need surgery, he was ready for some Wednesday night Dodgers Baseball.

The LA reporter made sure he was still able to make it back in time to conduct the post game interview just as planned. He talked with Austin Barnes who hit a homer in the team’s 2-1 victory.

“That one was for you…I know you had a little accident today on the slide, so we all rallied for you.”

The next day, he was greeted as Milwaukee made light of the situation with a few jokes before the afternoon game. 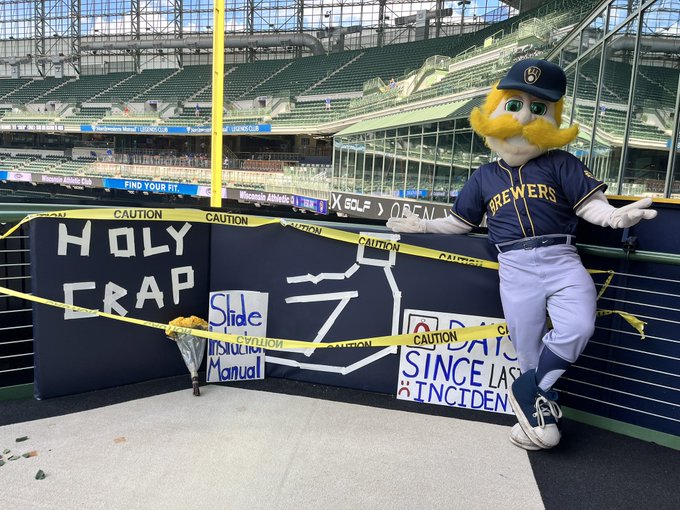 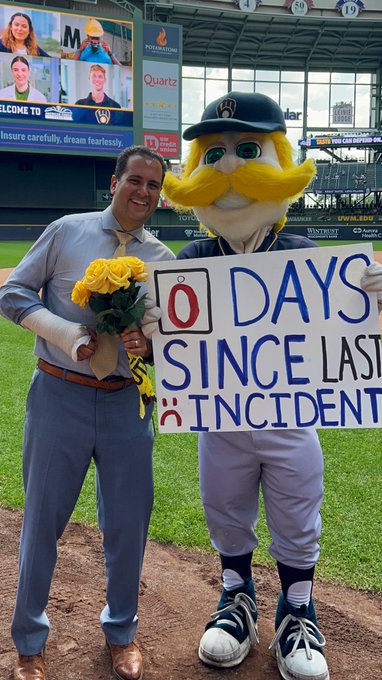 One brand even went as far as making a whole t-shirt design from the incident: 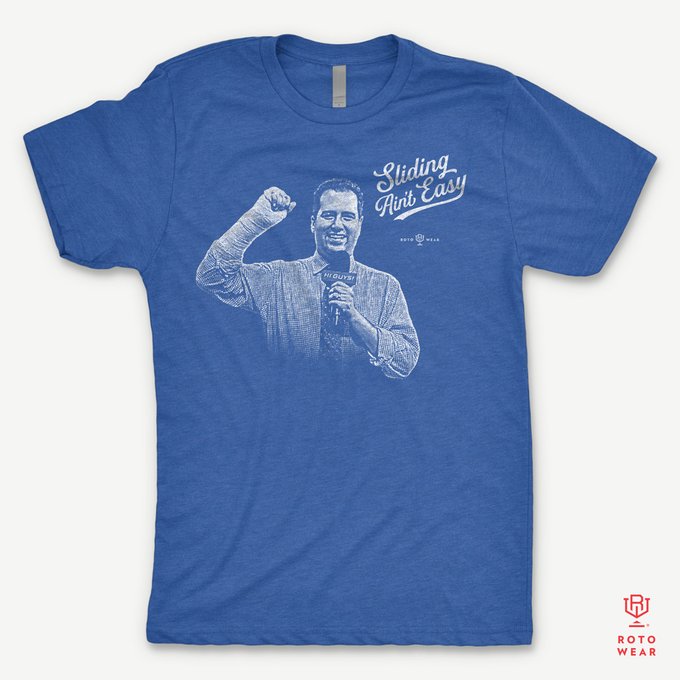 The last laugh came during Friday night’s home game where Vassegh was featured on the team’s “injury report.” 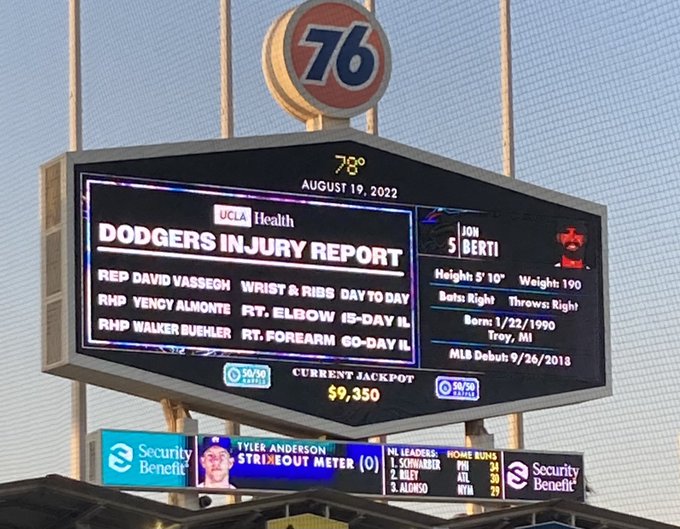 Now that he’s back in Los Angeles, DV is set to undergo surgery on his wrist. Before the game on Friday night, SportsNet LA analyst Orel Hershiser revealed that Vassegh would be having a procedure done to straighten his broken wrist. Funny enough, the operation would be coming from Dr. Shin, no less. For now, the players and fans of Dodgers Nation have rallied together wishing Vassegh a safe and speedy recovery.

Let this be a warning for all, leave the sliding to the professionals. It’s not as easy as it looks.