Dodgers vs Marlins: Lineups, Pregame Matchups, and More for August 19

After splitting the series in Milwaukee to complete a 4-3 road trip, the Dodgers return home to start a three-game series with the Marlins tonight. The Dodgers have lost three of their last five games, so they’re looking to start another lengthy winning streak against a Miami team that has good pitching but very little offense and currently resides in fourth place in the NL East.

All-Star starter Tyler Anderson will take the hill for the Dodgers in his 23rd appearance of the season (21st start). Anderson leads the Dodgers in innings pitched, just 0.2 innings ahead of Julio Urias, and the Marlins offense should provide strong conditions for him to go deep into the game. Anderson hasn’t thrown 100 pitches in a game since manager Dave Roberts let him throw 123 in pursuit of a no-hitter in Anaheim on June 15, but he has can be counted on for at least 95 pitches, and he’s thrown at least six innings in eight of his last nine starts.

Anderson has faced several current Marlins hitters in his career, but none of them very often. Brian Anderson has faced him nine times, with three singles and four strikeouts. Only Miguel Rojas has had any notable success, going 3-for-7 with two doubles against Anderson.

The Marlins will counter with 24-year-old lefty Jesus Luzardo, making his fourth start since a three-month stint on the injured list with a forearm strain. Luzardo throws two types of fastball along with a slider and a changeup. The change is his most effective pitch and the key to his success.

Luzardo has faced almost every hitter on the Dodgers, most of them in his start against Los Angeles for the A’s last April. Luzardo allowed two runs in 5.1 innings in a no-decision that day. The most notable Dodger who has faced Luzardo other than that day is Freddie Freeman, who is 2-for-2 with a double and a triple in his career against him.

The #Dodgers are back home with a three-game series against Miami. Tonight’s first pitch is at 7:10 PM on SNLA. https://t.co/oi1ZlzVNUt 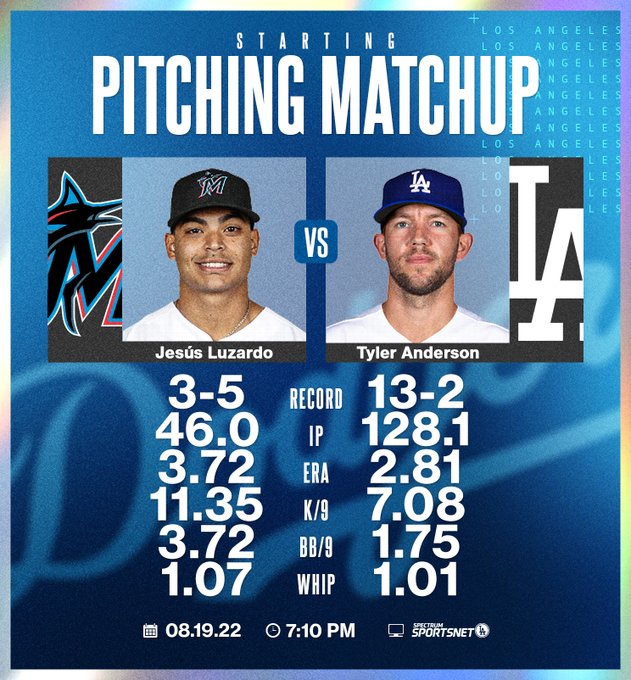 Max Muncy and Cody Bellinger get the start off against the tough lefty Luzardo. Trayce Thompspn starts in center field, with Hanser Alberto at third base. Gavin Lux bats ninth. 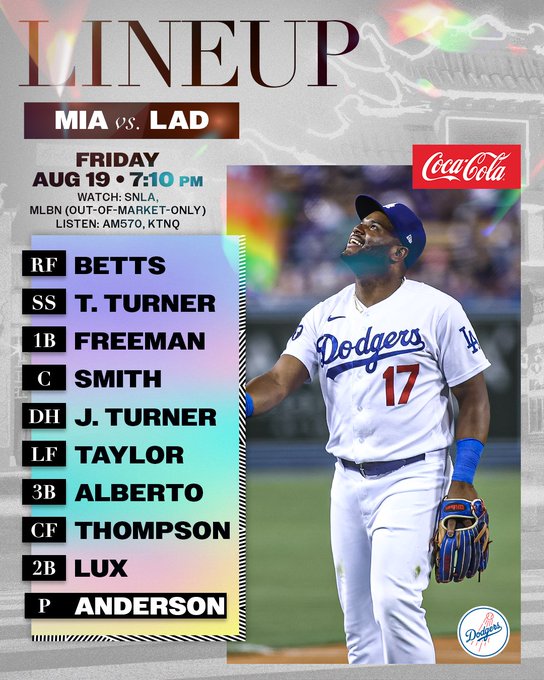 Dodgers Rumors: Exec Questions if Gavin Lux is the Right Option for LA