Dodgers rookie Ryan Pepiot cruised through the minor leagues despite some questionable command at times, due mostly to his outstanding changeup. Keith Law of The Athletic, back in February when he ranked the Dodgers farm system the best in baseball, had this to say about Pepiot’s changeup:

“Pepiot has an 80 changeup, one of the best pitches of its type in baseball right now, along with an above-average fastball, although he didn’t dominate left-handed batters last year as you’d expect for someone with a change or splitter of that caliber. Instead, he uses it as much to neutralize right-handed bats as left, and I think he could pitch in the majors in relief right now.”

To be clear, when Law said Pepiot’s changeup was one of the best “in baseball,” he didn’t mean “in the minors.” He was saying in all of professional baseball, including the big leagues. In scouting terms, 80 is the highest grade a skill can get, so calling it “an 80 changeup” is essentially saying it’s as good as it can possibly be.

Six starts into Pepiot’s big-league career, though, we have yet to see the changeup dominate the way it should with those accolades. Dodgers manager Dave Roberts was asked for his thoughts on Pepiot before Thursday’s game, and he had a lot to say:

Dave Roberts on the plan for Ryan Pepiot and an update on Brusdar Graterol, Blake Treinen & Yency Almonte. #AlwaysLA https://t.co/q3CvjKjvqO 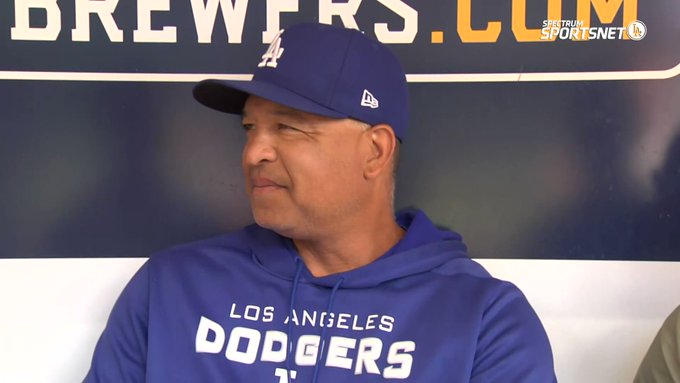 “I think he’s continuing to grow as a big-league pitcher. I think he’s got to continue to command the fastball. It just needs to continue to get better. I think the slider has come on, which is good to see. The changeup has taken a couple steps back. With Ryan, the changeup was his best secondary, a plus-plus pitch, but right now, where it’s at, it just hasn’t played. I don’t know the reason behind it, that’s why we have pitching people to kind of dig in on that, but we’ve got to tighten up the changeup and we’ve got to tighten up the fastball command. But, as far as yesterday, the compete is there, and he’s only going to get better.”

Roberts was then asked if the problem is that Pepiot isn’t throwing the changeup for strikes.

“Well, it’s just not in the lane long enough, It’s a ball out of hand, whether it’s down or it’s off the plate. He threw a good one yesterday for a strikeout, but outside of that they’ve been pretty non-competitive.”

This is a blunt assessment from Roberts, perhaps uncharacteristically so. But it’s also hard to argue with. Simply put, Pepiot’s changeup hasn’t been nearly as big a factor as we expected it to be.

It could be related to the fastball command. When you’re not in a good pitcher’s count, you’re much less likely to get a chase on a changeup that darts out of the zone. For most pitchers, a changeup is a chase pitch, where you’re relying on deception to get the batter to chase. Whether the batters aren’t chasing because they’re just better hitters than he faced in the minors, or because they’re in good hitters’ counts, or simply because the pitches are “balls out of hand,” it’s hard to say for sure. Most likely, it’s some combination of all those elements and others.

But for Pepiot to reach his potential as a big-league pitcher, he needs that changeup to “take a couple steps” back in the right direction. He has at least one more big-league start coming this weekend — the Dodgers plan to use a six-man rotation at least the first time through after this weekend’s return of Dustin May — so hopefully he can make good use of his time with Mark Prior and the rest of the major-league pitching coaching staff.

Have you subscribed to our YouTube Channel yet? Please subscribe and hit that notification bell to stay up to date on all the latest Dodgers news, rumors, interviews, live streams, and more all year long!

Dodgers: Austin Barnes’ Value Goes Far Beyond His Play on the Field