Dodgers: Austin Barnes” Value Goes Far Beyond His Play on the Field

If you just looked at on-field production, you might think Austin Barnes isn’t a very important member of the Dodgers. On the offensive side of the game, he has been remarkably consistent, but not really in a good way: His OPS+ the last five years has been between 72 an 84, and his OPS between .619 and .667. He is consistently well below average at hitting.

But Austin Barnes still brings two very important things to the table for Los Angeles: He’s an excellent defensive catcher, and he is a key element of the Dodgers’ clubhouse leadership.

Defensively, Barnes brings great value with his pitch framing. He ranks seventh in MLB in Catcher Framing Runs, and everyone ahead of him on the list has caught between 32.8 and 142.5 percent more pitches than he has. If you sort the list by “strike rate,” he’s fourth in MLB.

When Barnes left the team for three days last week to deal with a family issue, the Dodgers missed him immensely. While some of that might have had to do with his pitch framing, it was mostly his pitching staff management and his team leadership they missed most.

In Barnes’ first game back on Wednesday, he broke a scoreless tie in the sixth inning with a home run off Eric Lauer, and he later added a single, the only Dodgers player with multiple hits in their 2-1 victory over the Brewers. After that game, Dodgers manager Dave Roberts was asked about the return of Barnes: 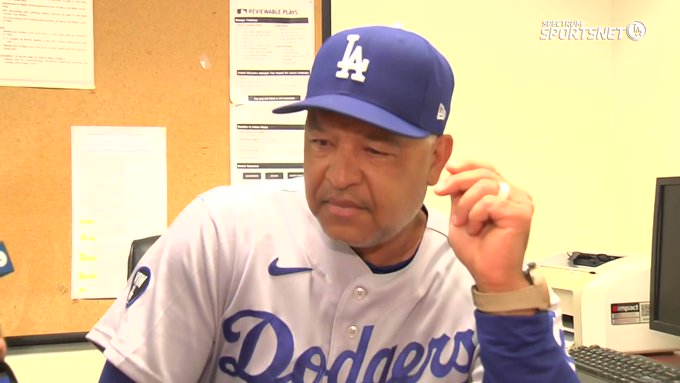 “It was very impressive. Just to get Austin back with our ballclub, just lifted the spirits for everyone. What he did behind the plate tonight with Tony was special. What he did, the fingers, the receiving — everything was great. The bat, getting us on board with the homer was huge and threw out another knock, it’s tough to do. It’s been 12 days, my plan is to not make it 12 days this next time.”

There’s a reason the Dodgers gave their light-hitting backup catcher a two-year contract extension. In fact, there are countless reasons, and they’re written all over Doc’s face when he talks about Barnes.