In Tony Gonsolin‘s start for the Dodgers in Kansas City last Friday, he carried a shutout (and a no-hitter) into the seventh inning, but a single, a double, and a walk spoiled his no-hitter and shutout and chased him from the game after 6.2 innings.

Yesterday in Milwaukee, Gonsolin didn’t let the seventh inning get him. A 1-2-3 inning on just 11 pitches got him through seven innings for the first time in over a month, and Gonsolin left feeling locked in. 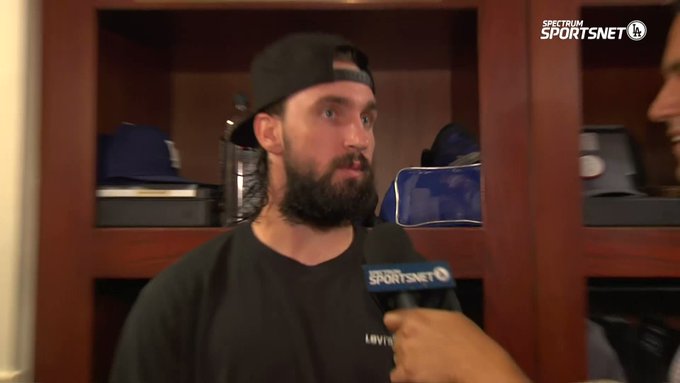 “I felt like I was throwing everything for strikes today,” Gonsolin said to Action Hero David Vassegh. “Landing the curveball, splitters in there for strikes whenever I needed to, same with the slider, and I thought the fastball was pretty good.”

The slider, specifically, is a pitch Gonsolin has been working on recently.

“We were working on the slider in the bullpen this last go-round, and it came out today and I was really happy with it.”

The end result was about as good as the Dodgers could have hoped for: seven innings, two hits, eight strikeouts, and just one walk. It was the most strikeouts Gonsolin has had in a game since his 7.2-inning start against the Padres on July 1, and it tied his season high.

After three straight rough starts in July pushed his ERA from 1.62 to 2.41, Gonsolin has had three straight exemplary starts and is now 15-1 with a 2.12 ERA, pushing himself back into the Cy Young conversation. He should have at least seven starts left this season, and probably more, depending on how much the Dodgers utilize a six-man rotation the rest of the way. Even if it’s just seven, he has a very real chance to win 20 games, which would beat his career high by 16.

Northeast/Mid-Atlantic Assistants We Would Hire • D1Baseball