Dodgers insider David Vassegh has been excited since they got to Milwaukee to slide down Bernie Brewer’s slide out in left-center field.

He finally got his chance on Wednesday, and … well, let’s just say it didn’t go the way he had hoped. 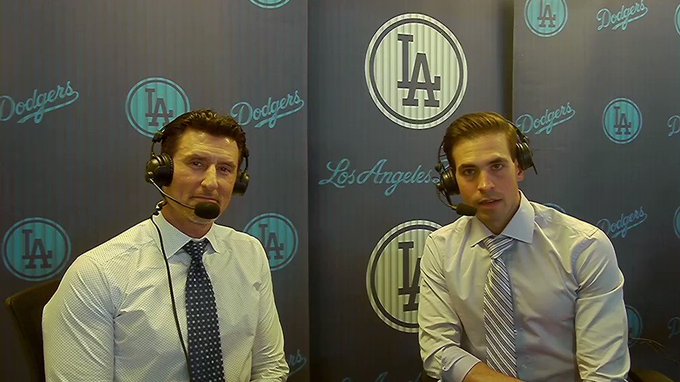 There are plenty of things to talk about here. The laughing fit by Joe Davis and Nomar Garciaparra is the kind of laughter we’ve all experienced when someone we know and love gets hurt in a hilarious way and we know they weren’t too badly hurt.

In fact, according to Austin Barnes, the Dodgers won this game for Vassegh. 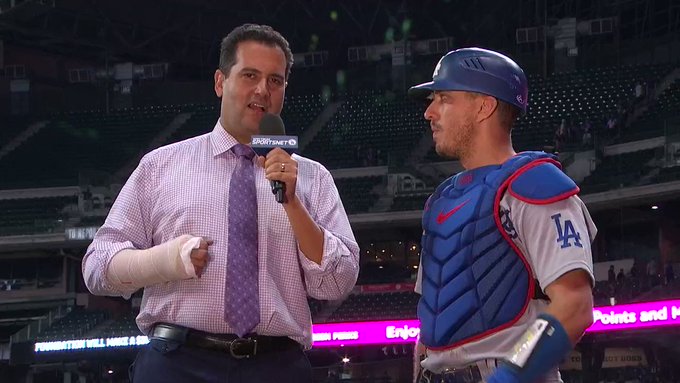 During his conversation with Joe and Nomar, Vassegh was visibly touched by the care he received from Dodgers players and training staff. He specifically mentioned Justin Turner and David Price as being there to help when he was hurt, and he mentioned that Mookie Betts FaceTimed him at the hospital to make sure he was okay.

Dodgers players give DV a hard time, and certainly some are more fond of him than others, but in a situation like this, it was great to see the team rally around their nerdy insider.

Dodgers vs Brewers: Lineups, Pregame Matchups, and More for August 17