Dodgers vs Brewers: Lineups, Pregame Matchups, and More for August 17

Coming off a 12-game winning streak, the Dodgers have now lost two out of three after dropping an 11-inning heartbreaker last night to the Brewers. Today, they send Tony Gonsolin to the mound to try to get back to their winning ways. Standing on the other side is Eric Lauer, whose main defining characteristic as a baseball player is “pitches well against the Dodgers.”

After three straight uninspiring starts, Gonsolin has bounced back with two excellent games, throwing five shutout innings against the Padres and then 6.2 innings of one-run ball against the Royals. He’s currently 14-1 with a 2.24 ERA, and he’s looking to improve on both of those numbers. Among the current Brewers hitters, only four have ever faced Gonsolin, and none have more than two plate appearances against him. Kolten Wong, who is 1-for-2 with a double, is the only current Brewer with a hit against Gonsolin.

Lauer has a 4.13 career ERA, but against the Dodgers it’s 2.56, the best against any team he has thrown more than 25 innings against. But there is reason for hope. First, most of that dominance came in 2018, when he faced Los Angeles three times and allowed a total of two runs in 19.2 innings. Since then, he’s been much more Lauer-like against the Dodgers: 3.13 ERA in four starts in 2019, and 4.50 in two starts last year. The other cause for hope is that the players on the current Dodger team have done just fine against Lauer, highlighted by Trea Turner, who is 5-for-10 with a double and two homers (1.700 OPS) against him. 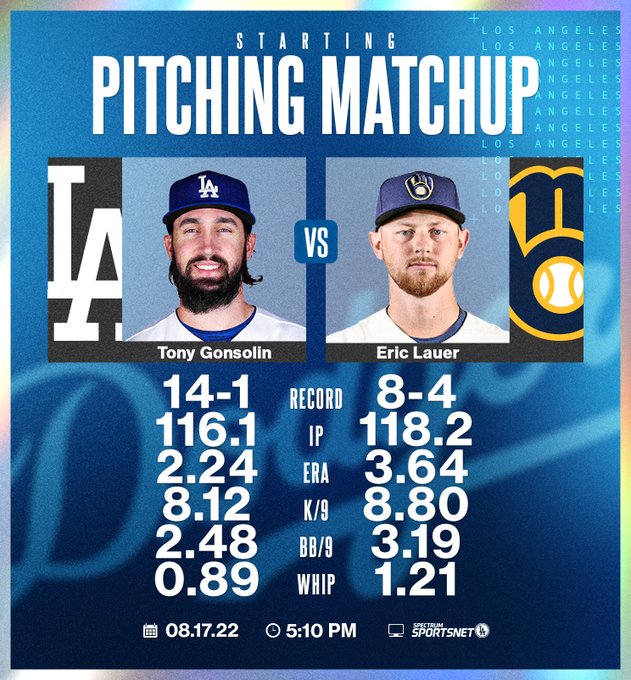 Gonsolin against Lauer is definitely a matchup that favors the Dodgers, especially when you consider the quality of the two offenses. With Corbin Burnes lined up to pitch for Milwaukee in the series finale, this game takes on some added importance for the Dodgers to at least split and hopefully win the series.

Cody Bellinger gets his second straight day off, part of his “reset” from manager Dave Roberts. Will Smith and Gavin Lux also get the day off, at least to start. 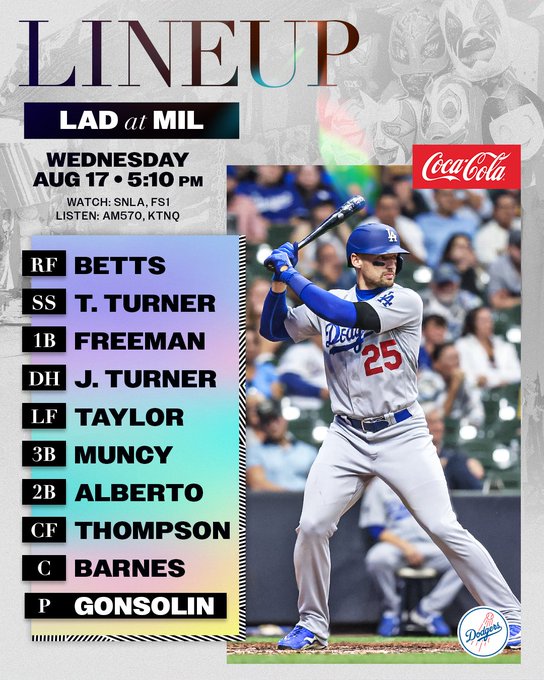