Major League Baseball has released the 2022 Postseason schedule, which has a World Series that is guaranteed to go into November. 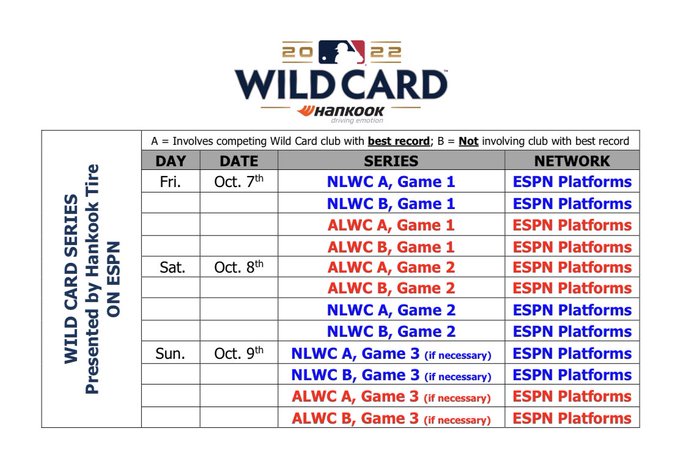 Interestingly, there will not be a scheduled travel day between games 5 and 6 of the NLCS and ALCS. The entire Wild Card round will be televised by ESPN on its various platforms. Beginning with the Division Series, all National League games will be on Fox or FS1. Joe Davis will call the NLCS and World Series for Fox, and he will presumably be on one of the two NLDS series, although we likely won’t find out until much closer to that date which series he will work.

Assuming no epic collapse, the Dodgers will have five days off between their final game of the regular season and their first game of the postseason.

Here are some important dates for Dodgers fans to be aware of:

Friday, October 7: Wild Card series begins. Barring a catastrophic collapse, this will not include the Dodgers.