The Dodgers played their eighth extra-inning game this season. Unfortunately, for the sixth time in those eight games, they came out on the losing end, losing to the Brewers, 5-4, in 11 innings.

With the zombie runner on second base to start the top of the tenth, the Dodgers were unable to capitalize and get the run in. Chris Taylor struck out to start the inning, and a baserunning blunder by Joey Gallo on a grounder by Mookie Betts resulted in Gallo being thrown out at third. Trea Turner followed with a single to right field, but Freddie Freeman grounded out to short to end the inning.

In the bottom of the tenth, Alex Vesia came on to face the top of the Brewers order with Tyrone Taylor on second base. Christian Yelich, who had homered earlier in the game, popped up to short for the first out of the inning.

Willy Adames, whose two-run homer in the first inning opened the scoring for Milwaukee, struck out swinging on an outstanding slider below the zone for the second out. Rowdy Tellez walked on five pitches, but Andrew McCutchen was robbed of a walk-off double by an outstanding Chris Taylor catch in left-center to end the inning. 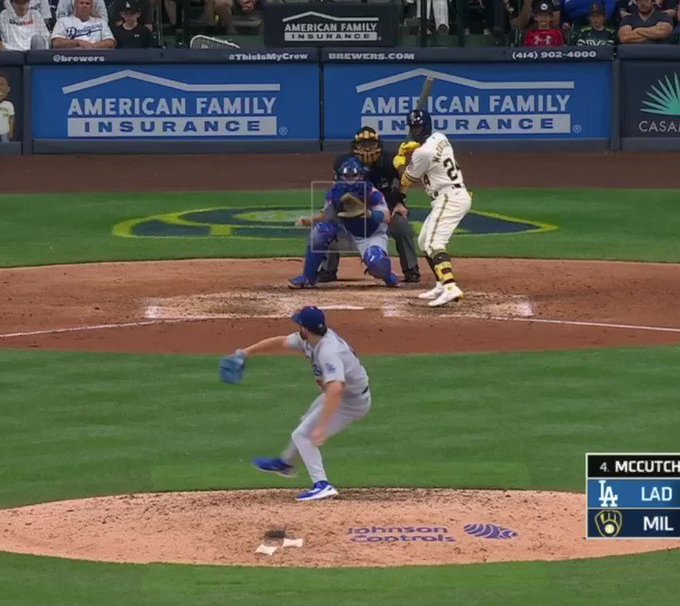 In the top of the 11th, Will Smith led off with a fly out to right to move Freeman to third base, and Max Muncy followed with a walk. Justin Turner then hit a two-strike pitch up the middle for an RBI single to take a 4-3 lead, the first run of the game for either side to come on something other than a homer. The Dodgers were unable to cash in any insurance runs, as Hanser Alberto and Trayce Thompson both had pinch-hit strikeouts to end the inning, the 14th and 15th strikeouts of the night for Dodgers hitters.

That brought on the Craig Kimbrel Experience, and the child o’ mine was not sweet enough tonight. After a bunt single by Hunter Renfroe put the tying run on third and the winning run on first, Kimbrel struck out Kolten Wong, then walked Luis Urias to load the bases with one out. On a 2-2 count, Victor Caratini blooped a two-run single into right field to score McCutchen and Renfroe and win the game.

The Dodgers fall to 80-35 on the season, but their division lead remains at 17 games over the Padres, who lost again to the Marlins.

Joey Gallo, playing in just his ninth game as a Dodger, hit his third home run in Dodger Blue to get the Dodgers on the board in the fifth inning. 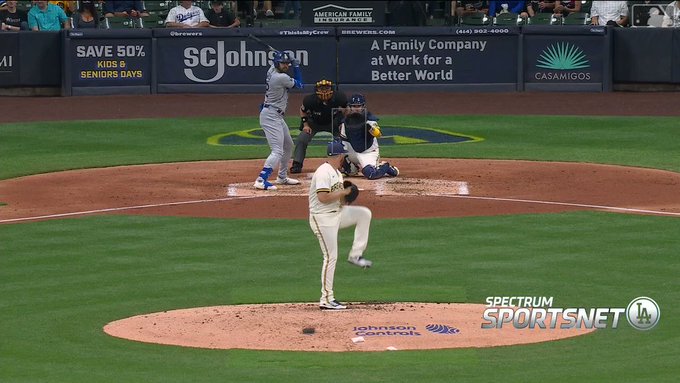 Gallo’s homer was 101.8 MPH off the bat and traveled 363 feet, barely clearing the wall in right field. He was 1-for-4 on the night, but none of the three outs were strikeouts, which definitely counts as progress.

Mookie Betts has topped 30 home runs twice in his career — 31 in 2016 when he finished second in AL MVP voting, and 32 in 2018 when he won the award. With his home run tonight, which came two batters after Gallo’s and temporarily tied the game, Betts has 27 homers this year.

Luckily for Pepiot, it’s also his second straight start getting supporting home runs from Gallo and Chris Taylor. Taylor’s homer in the top of the seventh tied the game at 3-3 and got Pepiot off the hook for his first career loss. Pepiot took a no-decision and remains 1-0 in his career. 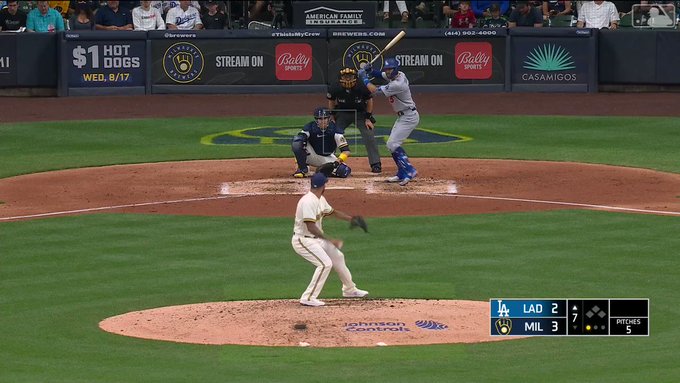 After allowing runs in back-to-back outings on June 7 and 10 to raise his season ERA to 4.61, Price got a full week off and came back a different pitcher. In 19.2 innings since then, he has allowed just two runs (0.92 ERA) with four walks and 18 strikeouts and a 0.966 WHIP. And since the All-Star break, he has been even better: 11 innings, seven baserunners, zero runs allowed. His season ERA is down to 2.43.