For the first time since July 4, the Dodgers start a new series having lost their previous game. After having their 12-game winning streak snapped with a loss in Kansas City, the Dodgers head into Milwaukee looking to start a new streak. With the best record in baseball and an insurmountable lead in the NL West, the focus in this series is simply to keep their foot on the gas and keep winning.

Los Angeles will face a Brewers team that had a four-game lead in the NL Central as recently as July 30 but now sits 1.5 games back in their division after losing eight of their last 12 games.

The Dodgers send lefty Julio Urias to the mound against Milwaukee’s Freddy Peralta. Several Brewers have faced Urias in the past, with Andrew McCutchen having the most success (2-for-7 with a double and a homer, 1.302 OPS). Christian Yelich has the most plate appearances against Urias, going 0-for-9 with a walk and a hit-by-pitch for a .182 OPS. On the other side, Freddie Freeman is the only current Dodger with more than one career hit against Peralta, going 2-for-9 with a double. Trea Turner is 1-for-6, but the one hit was a three-run homer.

The #Dodgers send Julio Urías to the mound for today’s opener in Milwaukee at 5:10 PM on SportsNet LA. https://t.co/Avx2T61RSC 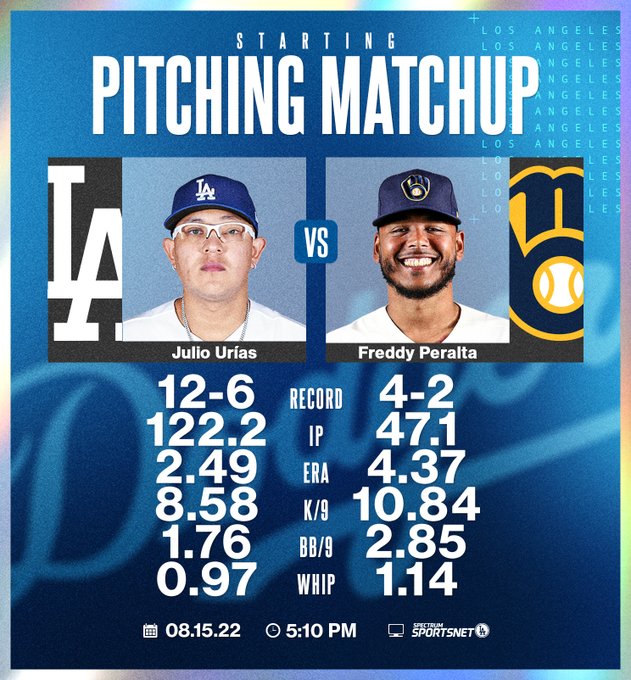 The series should be an interesting challenge for the Dodgers offense, which leads the majors in runs scored but will be facing a tough Brewers pitching staff. It’s also a critical series for the Brewers, who, in addition to trailing the Cardinals in the NL Central, are also currently 1.5 games behind the Phillies for the third and final Wild Card spot.

The Dodgers go with their classic starting nine against the righty Peralta. Justin Turner plays third with Max Muncy at DH. 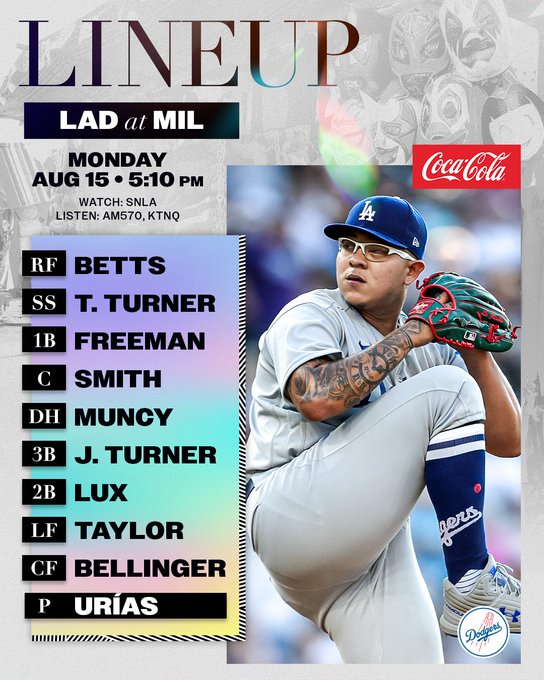