Sunday afternoon happened and there’s no denying it. The Dodgers lost their first game this month, snapping their 12 game winning streak.

LA losing the game wasn’t a surprise, it was how they lost the game. Kansas City’s Brady Singer held the Dodgers to one hit through the six innings as the Royals blanked LA 4-0. One Saturday, LA crushed six home runs in a victorious 13-3 romp.

Manager Dave Roberts had this to say after the game about the 26 year old pitcher’s performance and more:

“We just didn’t see him well today.” Dave Roberts on the #Dodgers getting shut out in today’s finale. https://t.co/2TbgijCw5V 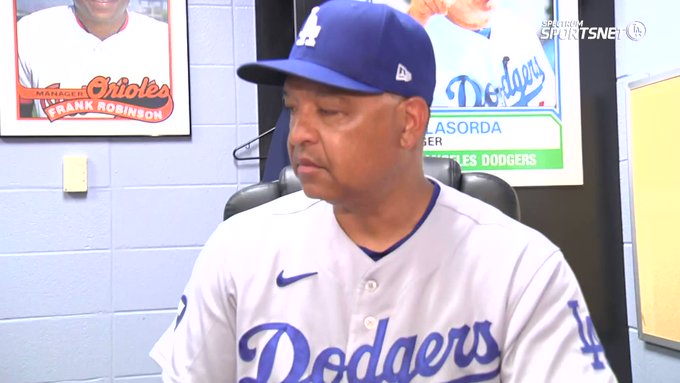 Freddie Freeman, who is second in the MLB to Trea Turner for hits this season, went 0-for-4 on Sunday and collected his fifth strikeout in the last 7 games.

After the game, the All-Star first baseman reflected on Singer’s pitch type throughout the game saying he was surprised about the amount of changeup between his sinker and slider that made it so hard to make contact with. 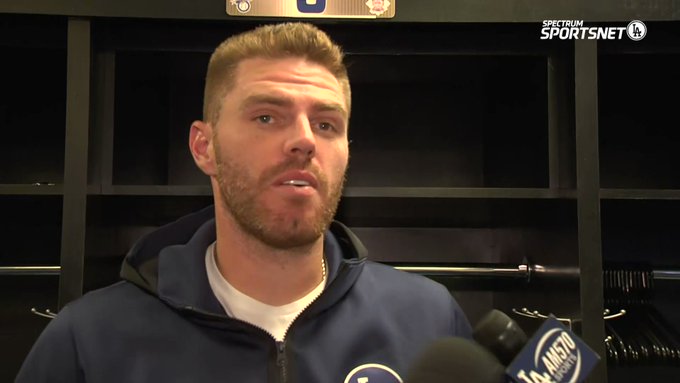 Freeman also joked after the loss saying that they were supposed to win 70 in a row.

“No – I mean, we knew we weren’t going to win every game. But we don’t like getting shut out as an offense. … Obviously we want to win every game when we go on the field. But Brady was really good. … We just didn’t get anything going today.”

The last time the Dodgers have been held scoreless through a game was on June 27th where the team suffered a 0-4 loss to the Colorado Rockies.

The Dodgers, who have only been shut out by teams 5 times this year, still hold a +247 run differential with 610 runs scored so far this season.

As long as the Dodgers just bounce back and hit the ground running again tomorrow against Milwaukee, I have a feeling the Boys in Blue will be okay after this one loss.

Dodgers: Roberts Didn”t Hesitate to Throw Craig Kimbrel Back Into the Fire