The Dodgers rotation has been ravaged with injuries this season. Somehow, they just keep on winning with whoever is on the mound (even if its Hanser Alberto). But, it’s always nice to have your top guys available especially with October coming up on the horizon.

One of our top guys almost ready to contribute to the Dodgers lineup is righty Dustin May.

May has not thrown a major league pitch since suffering a torn ulnar collateral ligament (UCL) in May of 2021 that required Tommy John surgery. However, he threw his fourth and final rehab start earlier today and let’s just say he’s ready for the big leagues already.

The top of the 2nd inning was immaculate!
3 batters, 9 pitches, 3 strikeouts for Dustin May! https://t.co/poRPFEX0Xj 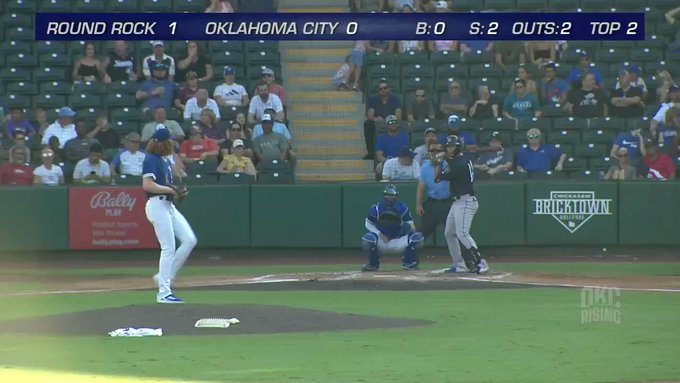 Dustin May is through 5 innings. He allowed a solo HR and double in a 24-pitch first inning, no runs since
Through 5 he’s at 70 pitches, with 10 strikeouts. Averaged 98 mph on the 4-seamer, 97 mph on the sinker https://t.co/P7KQJmLpDb

Yeah, the red head is ready to come back to the best team in baseball. However, one reporter says Dodgers Manager Dave Roberts might ruin May’s return.

Discouraging development. At nine pitches per inning, I doubt Dave Roberts is going to let Dustin May finish a no-hitter against the Marlins. https://t.co/Zn1Ghsw6lD

This was the Texas native’s best start from all his rehab starts. The return of May, may be more of a necessity than a luxury. Dodgers legend, Clayton Kershaw is still on the IL, along with Walker Buehler. Andrew Heaney suffered an injury last night but should be okay for his next scheduled start.

The Dodgers didn’t make a huge splash during the trade deadline but it’ll feel like they did once they get some core pieces back.

The 24-year old is set to join the team back in LA once they take on the Miami Marlins this upcoming weekend.

The team with the best team ERA in all of baseball is only going to get stronger.

Dodgers' Schedule Wackiness: Next 14 Games to be Played Against Just 2 teams