The Dodgers took care of business last night as they dismantled their division rivals from down south, 8-1. Tony Gonsolin earned his 12th win of the season and pitched 5 shutout innings. The bullpen did their job as they only allowed one hit and one run.

The Dodgers’ offense exploded in the early innings and never looked back. After the game, reporters were interviewing Trea Turner who went 2-for-5 scoring on one run. Dodgers reporter Kirsten Watson asked Turner what he thought about Juan Soto and Josh Bell in a Padres uniform. Let’s just say brown isn’t their color. 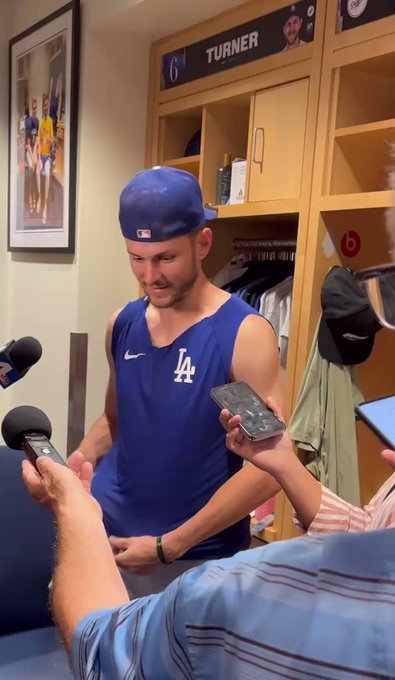 Everyday Trea was clearly joking and wished nothing but the best for his former teammates in Soto and Bell. But, he might have a point since the Padres uniform looks like they took a page out of UPS’ book.

The Dodgers were in the bidding for Soto during the trade deadline and obviously fell short of acquiring him. San Diego got better on paper, but we’ll see if that translates into success in October.

The Dodgers are currently 13 ½ games above San Diego heading into Saturday night, leaving them more poised for a Wild Card spot than winning the division.

Game 2 of their 3 game weekend series is back on tonight at Chavez Ravine.

Cubs To Release Jason Heyward At End Of Season