Dodgers fans are likely more familiar with the name “Julio Rodriguez” following the rookie’s impressive display during last month’s Home Run Derby at Dodger Stadium. The All-Star rookie for the Mariners has been taking the league by storm this season. While his numbers aren’t eye-popping, he’s quickly becoming a thing of legend around Seattle. So much so that when you say Julio in the great northeast, people know exactly who you’re talking about.

J Rod recently sat down for a one-on-one interview where he answered questions from Twitter. One of his answers involved Dodgers’ top pitching prospect Ryan Pepiot, a pitcher Rodriguez holds in high regard.

The question: Who was the best pitcher you faced in the minor leagues so far? The answer?

The best pitcher I faced in the minor league is probably Ryan Pepiot. I really give props to that guy. Really good competitor. I got a few off of him, but I also got a few strikeouts too, so… he was a tough guy. 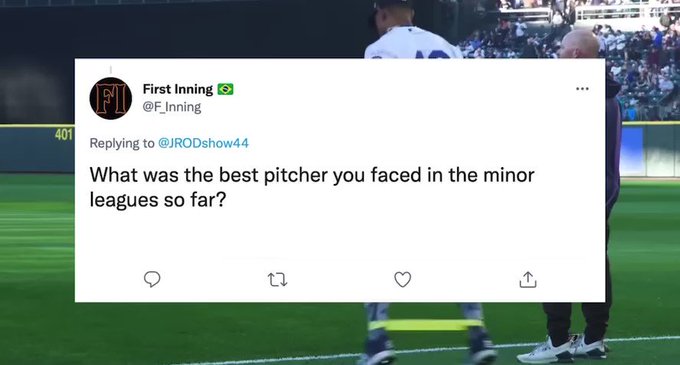 Pepiot is a name most Dodgers fans are familiar with now. The right-hander made his major league debut back in May and has made 4 starts in total with LA so far this season. With the club losing ace Clayton Kershaw for the next few weeks at best, Pepiot is a name Dave Roberts mentioned as an option to take a start or two while the left-hander is on the injured list.

Over the last few weeks, Pepiot — a changeup specialist — has been working on his breaking pitches more often at the minor league level. If we do see the rookie again some time next week, expect him to have a more dynamic pitch mix on display. 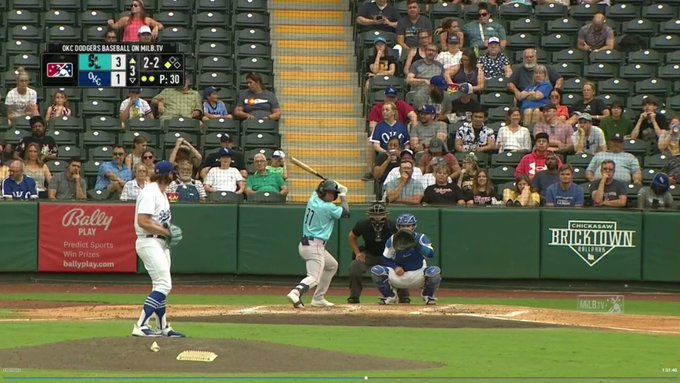 Unfortunately, Pep would face either the Twins or Royals in that start so no rematch with Julio.

There’s A Line To Buy At The D’s MV