It was an emotional night in Los Angeles on Friday. The Dodgers were prepared to honor longtime broadcaster Vin Scully who had passed away at the age of 94 on Tuesday. For fans, the icon meant so much. He was your teacher, your friend, your baseball mentor, and really he was family.

He was just Vin.

On September 25, 2016, Vin signed off for the final time at Dodger Stadium. The Dodgers won on a walk-off home run from an unlikely hero in a way that read like a Hollywood script.

“The Dodgers celebrate on schedule.”

That was as much for us as it was for him.

On that day — his final game called from Dodger Stadium, Vin shared a message with fans from the heart from the booth.

On Friday night, ahead of the first game played at Dodger Stadium since his passing, the Dodgers honored Vin in the perfect way. The broadcast crew Vin handed us to — Joe Davis and Orel Hershiser — revealed the simple sign that said it all. 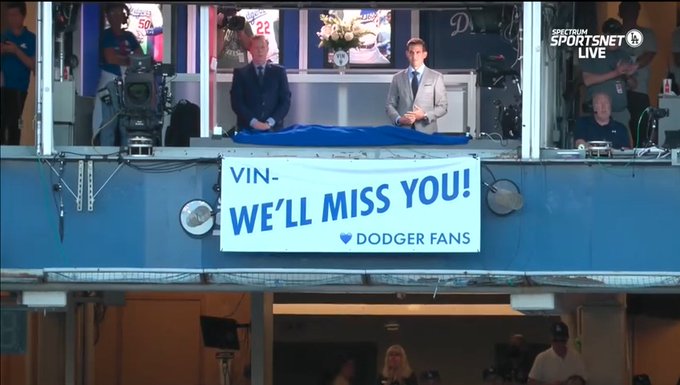 The side by side. 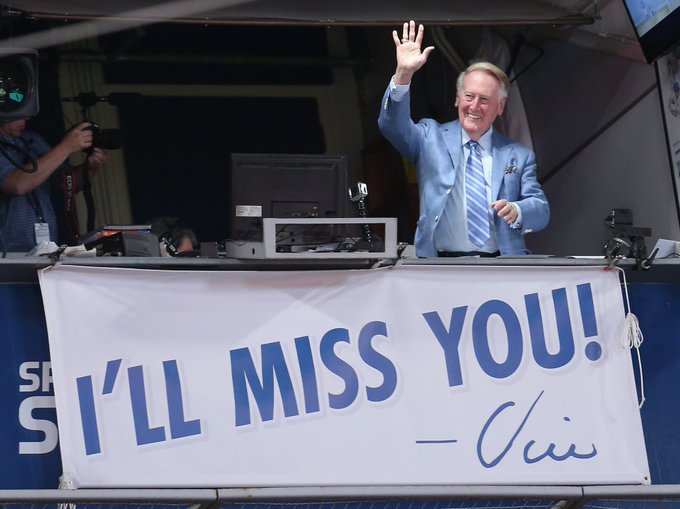 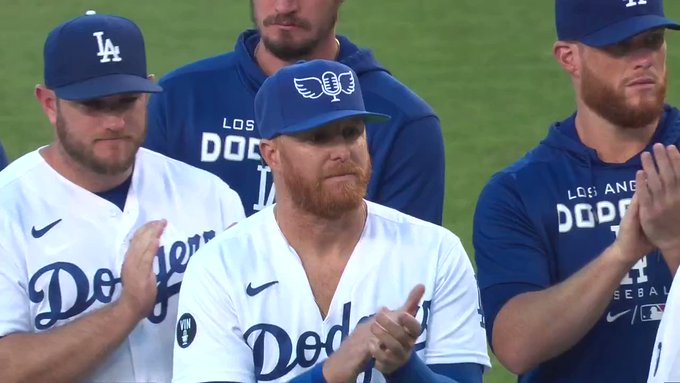 Flowers Outside of the Vin Scully Press Box at Dodger Stadium