Dodgers vs Padres: Lineups, Pregame Matchups, and More for August 5

The Dodgers head home to take on the Padres tonight in the first game of a three-game series. The Dodgers and Padres have only seven times so far this year, with the Dodgers winning five of the seven games. This series kicks off 12 games between the two teams between now and the end of September.

The Dodgers will send Tony Gonsolin to the mound against Padres lefty Sean Manaea. Gonsolin is 1-0 against the Padres this year, pitching 7.2 strong innings on July 1 in a 5-1 victory. Manaea has faced the Dodgers once this year, taking the loss in a 10-2 Dodgers win on Apr 24 after allowing six earned runs in 4.1 innings. 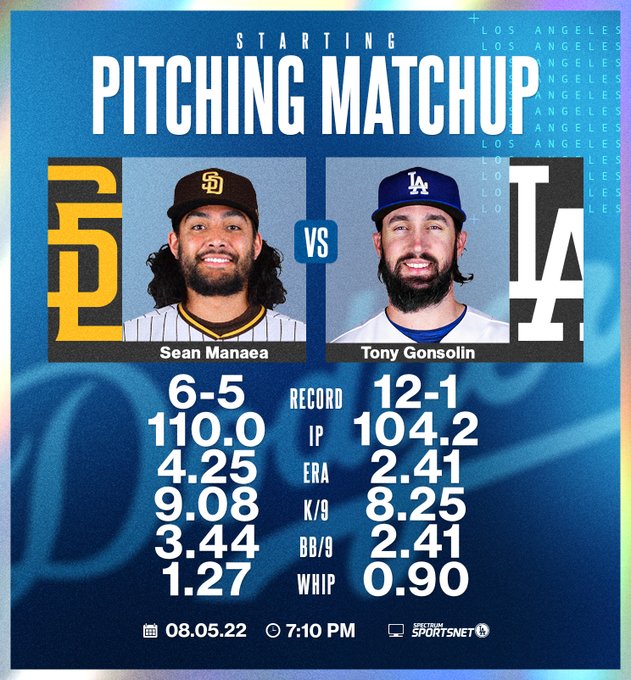 The Dodgers lead the season series with the Padres 5-2, having outscored San Diego 35-14. But this is a much different Padres team, having added Juan Soto, Josh Bell, Brandon Drury, and Josh Hader at the trade deadline. Fernando Tatis Jr. is not yet back from injury for this series, but he’s expected to play in the final nine games between the teams this season (assuming he doesn’t hurt himself skydiving or at a trampoline park or something).

This game figures to be a sellout, partly because it’s a Friday Night Fireworks game against the second-place team, but mostly because the team will be honoring the late, great Vin Scully before the game. Scully, who spent 67 years as the voice of the Dodgers, passed away on Tuesday at the age of 94.

Join us at Dodger Stadium tomorrow for a special pregame ceremony honoring Vin. Be sure to get there early and in your seat by 6:30 p.m. https://t.co/PpSw6fLA9y 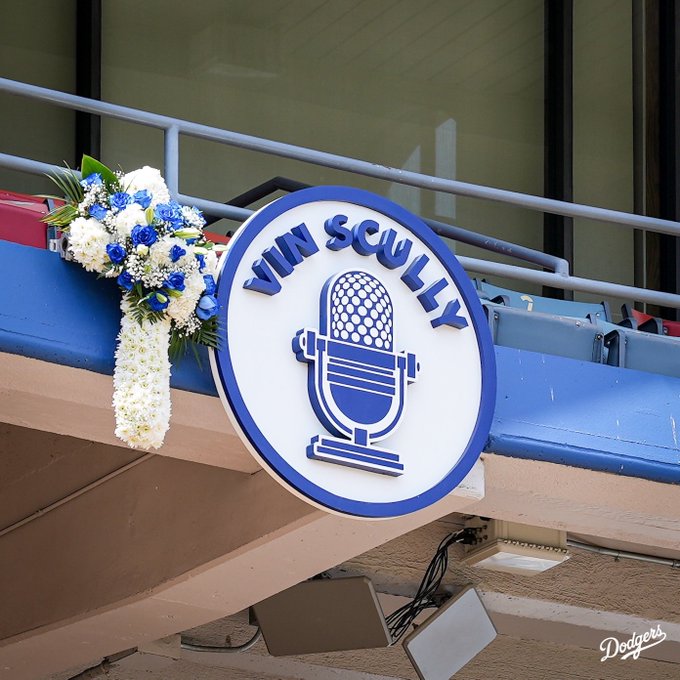 With a lefty on the mound for the Padres, the Dodgers have a healthy contingent of right-handed hitters in the lineup. Miguel Vargas gets his second career start, with Hanser Alberto and Trayce Thompson also inked in. Gavin Lux and newcomer Joey Gallo get the start of the night off against Manaea. 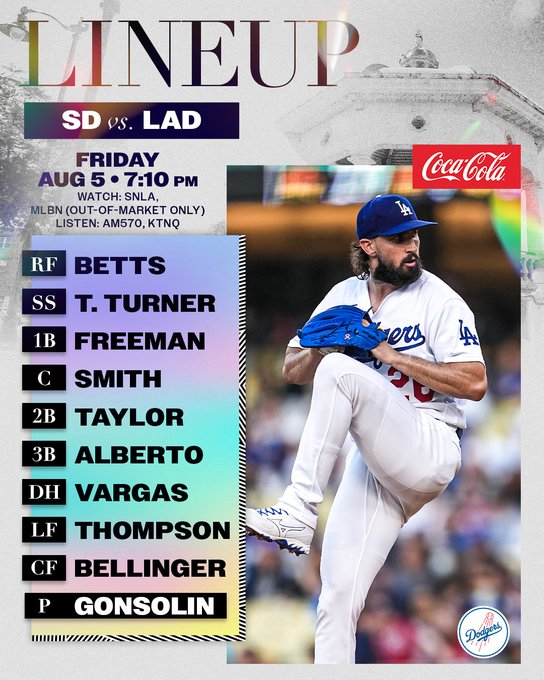