The Dodgers have to feel like no matter what rookie they run out there, they’re going to have success. They’ve had 2 different players make their big league debuts this past week, with James Outman crushing over the weekend and Miguel Vargas coming up last night.

Vargas was originally set to join the taxi squad with the trade deadline in play this week. Instead, the Dodgers opted to bring him up to the active roster with Justin Turner being placed on the injured list. That led to him getting his first start last night against the Giants.

And it was a really good one. In his first big league at-bat, Vargas roped a double into the right-center gap and the ball jumped up into the stands. The Dodgers prospect did end up getting that ball back though, thanks to an outstanding effort from Blake Treinen. 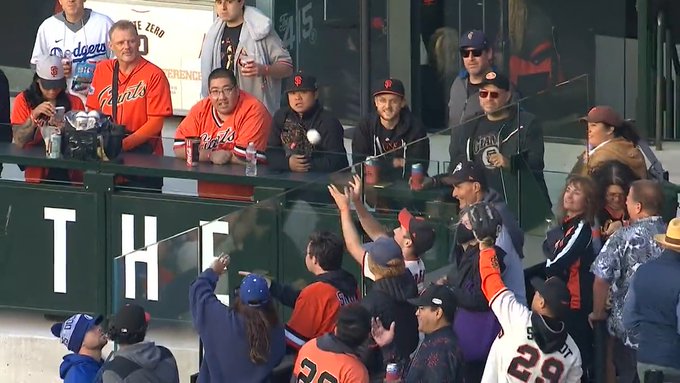 Treinen is on the injured list but has been with the team making progress. The Dodgers reliever appears to have bargained with a fan to get Vargas’ first hit back from him. A pretty cool thing to see from one of the established veterans of the team.

Vargas added another RBI in the 4th inning when he broke his bat on a ball in the infield and Max Muncy beat out the tag at home. Between him and Outman, Dodgers rookies are having themselves one heck of a week already.

Reds fall in Justin Dunn’s debut, lose India and Moustakas in the process