The Dodgers and Giants will play the 3rd game of their series tonight in the Bay Area. Julio Urias will get the ball and faces off against right-handed pitcher Alex Cobb. Los Angeles will be looking to keep up their offense outburst, putting up 17 runs in the first 2 games of the series.

But there will be a new face in the lineup tonight. The Dodgers called up slugger Miguel Vargas from Triple-A last night, and he joined the team in the dugout during the game. But he gets his first chance tonight in the big leagues.

Vargas will make his MLB debut with the Dodgers night, batting 7th and acting as the designated hitter. The team placed Justin Turner on the injured list last night, but they will go with Muncy at the hot corner rather than using James Outman as the DH and putting Vargas at third. Cody Bellinger sits in this one. 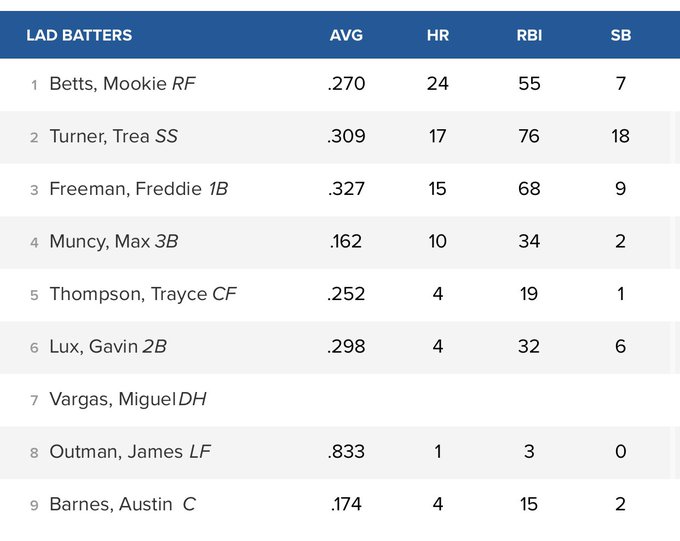 The Dodgers went out and traded Jake Lamb on Tuesday afternoon. They needed some roster spots to open up, and taking him off of the roster was really the only move that they could afford to make. He heads up to Seattle to take on a role with a team that is also looking to compete.

Braves Call Up Their Next Wild Thing Marquis