The Dodgers were back in action on Tuesday night, taking on the San Francisco Giants in Oracle Park once again. In the midst of an 8-game road trip, the boys in blue made another strong statement with a 9-5 victory over their long-time rivals.

The offense continued to produce on Tuesday night, scoring 9 runs to take yet another game over San Francisco. Mookie Betts, in particular, had a great night at the plate as he ended with 3 hits and 3 runs batted in. One of those hits came via the long ball, a shot that gave the Dodgers a 6-run lead at the time. 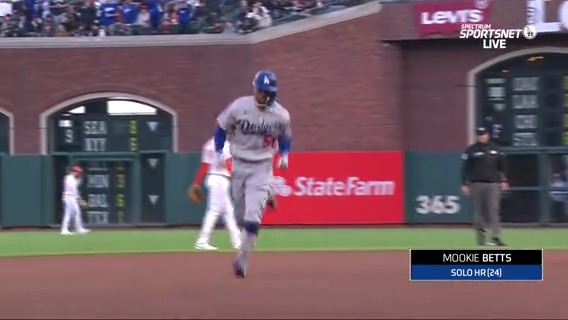 LA needed all those runs, as starter Tyler Anderson gave up five earned runs in the bottom of the fourth. Thanks to the bats, he got the win even after finishing with five earned in five innings of work with four walks and three strikeouts.

The Dodgers have found success at the plate all season long, as evidenced by their +205 run differential this year. That’s differential is second in all of baseball, only trailing the Yankees (+210) by a few runs as both teams jockey for the league’s best record as well.

Not even a Dodgers/Giants game could take away from the biggest story of the night, that being the passing of the great Vin Scully. With an August game as background noise, the Dodgers’ Joe Davis and Jessica Mendoza paid tribute to the team’s former broadcaster throughout the night.

He was the voice of the Dodgers, the voice of baseball, and a friend to all he encountered. For many of us fans that grew up with Vin on our screens and on our radios, today’s loss hits very close to home. So on a late summer night that ends with another victory over the Giants, the biggest story rightfully belongs to the biggest ambassador for Dodger baseball.

Vin Scully was the greatest broadcaster who ever lived.
Vin Scully was better at his job than anyone was at their job in any profession.
Here are some of Vin Scully’s most memorable Dodgers moments
https://t.co/9GxTeoFRsR 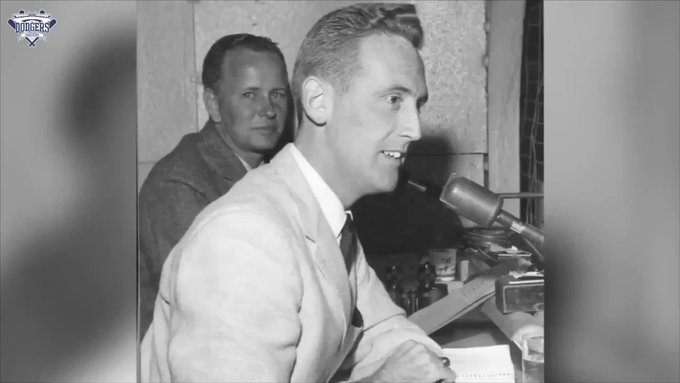