Some days, you wake up incredibly excited to break sports news and talk about baseball. Today is not one of those days. The Dodgers are playing in San Francisco against the Giants in their second game of the series. But in the middle of the game, it was announced that we had lost a legend of the game.

Calling Vin Scully a legend doesn’t even feel like enough. He was a titan of sports broadcasting. Everything that the man touched with his voice turned to gold. And at the age of 94, the longtime Dodgers broadcaster passed away.

The Dodgers just made the announcement during the game. 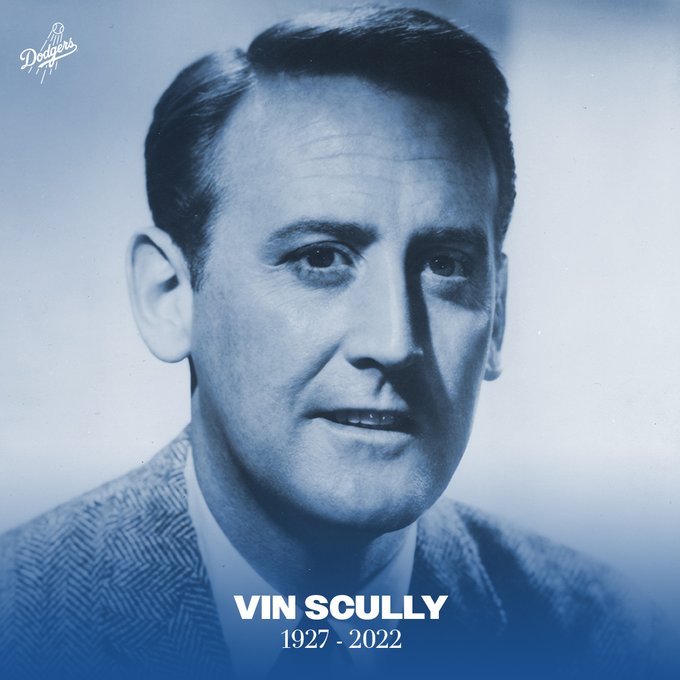 Of course he was the voice of the Dodgers, but Vin was so much more than that. He is easily one of the 4 faces that would be placed on the Mount Rushmore of Los Angeles sports icons. He probably is one of the 4 of all-time sports icons. There never has been and never will be another like him.

Vin’s voice will forever live on in Los Angeles and in baseball. What a terribly sad day for sports, but how lucky were we all to have his voice in our homes? A familiar and soothing sound that brings us back to our childhood days of listening to him call games on the radio.

We will miss you dearly, Vin.