It didn’t take long for Dodgers fans to pay their respects to Vin Scully. It was announced during the game in San Francisco that we had lost the voice of the franchise, and fans immediately made their way out to Chavez Ravine to honor him.

Fans came up to the Dodger Stadium entrance and laid a few things right under the sign. It was incredibly fitting, given the bold font “Vin Scully Avenue” at the bottom portion of the gate entrance sign. From Dodgers memorabilia to lighting candles, they just wanted to find a way to pay their respects.

And it was pretty cool to see. 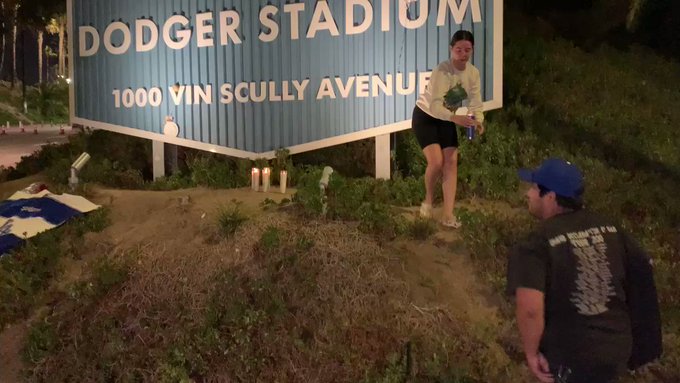 The Dodgers will almost certainly hold some sort of ceremony to honor Vin. They have also not said anything yet about things being left in front of the stadium, though it seems likely that they could set up a designated area for fans to be able to leave things.