Dodgers at Giants: Lineups, Pregame Notes and More for August 2

The Dodgers are coming off their first win at Oracle Park in a 8-2 route on Monday and there fifth win in a row. The Dodgers were on fire all across their lineup and will look to keep the same momentum going as they stretch out their season series against their NL West Rivals.

Tyler Anderson draws the start for the Dodgers in game two as he looks to win his 12th game of the season, good enough for a tie for fourth-most wins in the league and one win behind his teammate Tony Gonsolin. Anderson’s last start against the Giants resulted in a 5-1 victory on July 22. Anderson finished with six strikeouts in 6.0 innings pitched. Former Dodgers pitcher Alex Wood takes the mound for the Giants.

The #Dodgers are back at it with Tyler Anderson on the mound in Game 2 with the #SFGiants at 6:45 PM on SportsNet LA. https://t.co/rPsGokgSp7 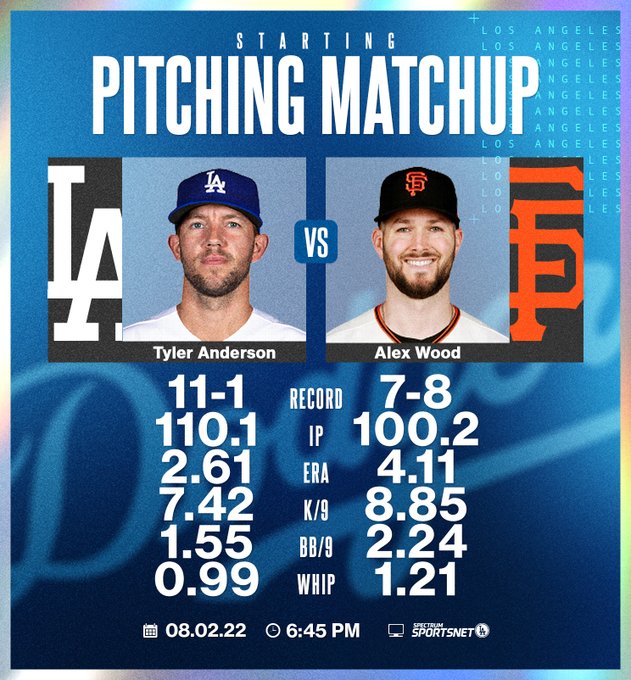 With a lefty on the mound for the Giants, and with Jake Lamb now headed to the Mariners in a deadline deal, and Justin Turner likely due for a trip to the IL, Hanser Alberto gets the start at third base. Austin Barnes is behind the dish, with Will Smith serving as the team’s DH. 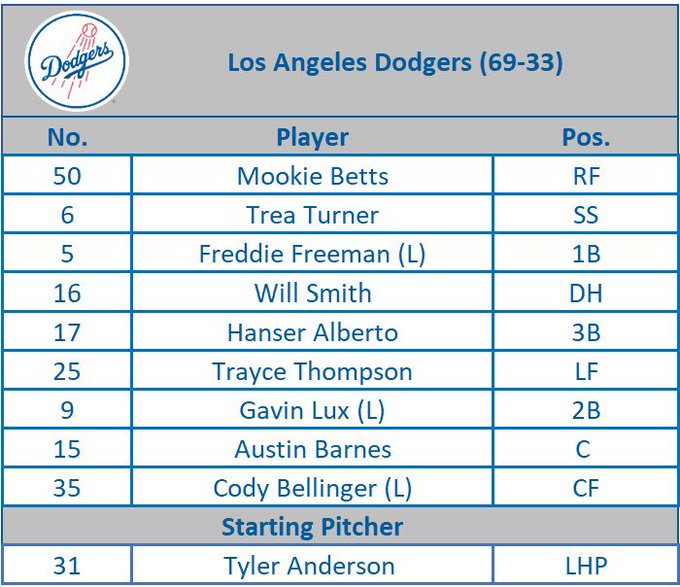 The Dodgers look to become the second team in the MLB to reach 70 wins and close in on the MLB leading New York Yankees tonight.

Julio Urias will draw the start tomorrow and Alex Cobb will take the start for the Giants at 6:45 PM PT first pitch. The Dodgers will close out the series on Thursday with Clayton Kershaw.