Dodgers at Giants: Lineups, Pregame Matchups and More for August 3

After taking the first two games against the Giants to begin the month of August, the Dodgers look to make it a series win tonight by beating their division rivals for the third consecutive game. Los Angeles will send out 25-year-old Julio Urías to the mound, who seeks his 11th win of the season. San Fransisco will counter with Alex Cobb, who currently holds a 4.06 era over 16 games this season.

Julio Urías takes the mound for the #Dodgers in Game 3 against the #SFGiants tonight at 6:45 PM on SportsNet LA. https://t.co/k2r9CsiUBP 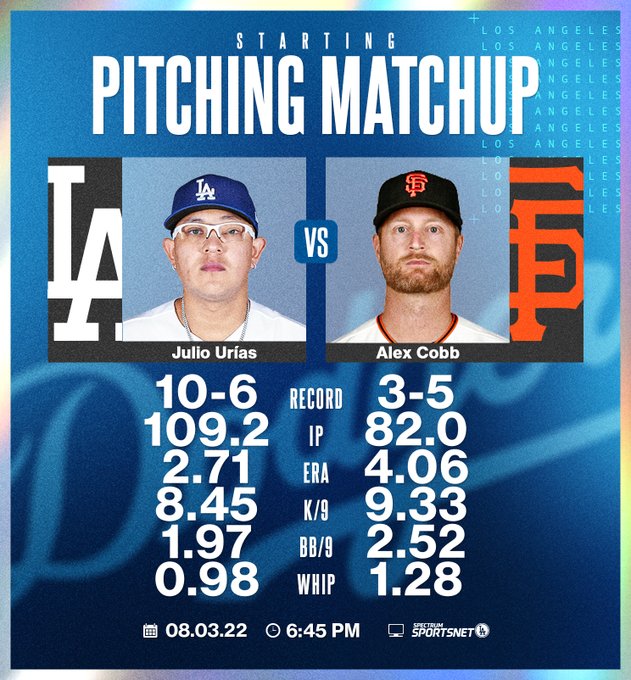 Urías looks to stay hot after coming off of his win in Colorado. The lefty pitched a dazzling performance where he allowed only 2 runs over 7.0 innings of work. He struck out four hitters in the appearance.

The Dodgers will send out a lineup that includes Miguel Vargas, LA’s number 5 overall prospect. He will be making his MLB debut batting 7th as the DH tonight.

Miguel Vargas will be making his major league debut tonight for the #Dodgers. Joey Gallo is not in the lineup. https://t.co/uOHEPHXLvx 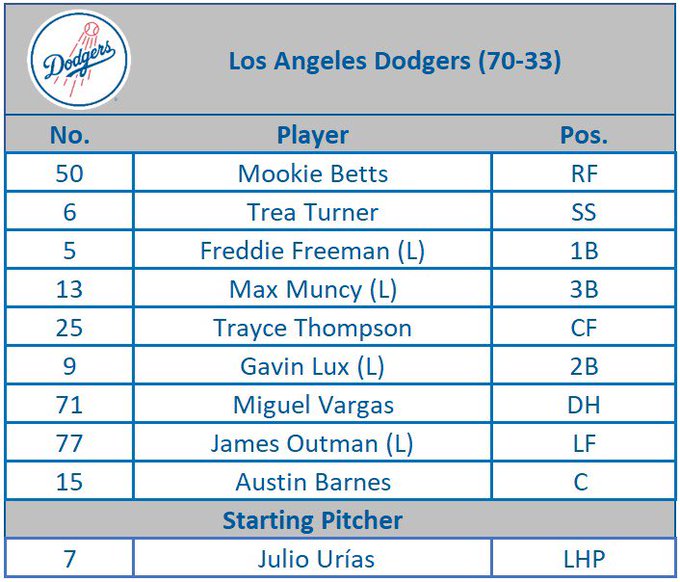 Coming off of an emotional night where the Dodgers learned of the passing of the great Vin Scully, the Dodgers look to win their 71st game of the season tonight at Oracle Park in his honor at 6:45 PM.

Dodgers: Why Fans Should Feel Good About the Joey Gallo Trade

Effectively Wild Episode 1887: There Used to Be a Ballpark (And it’s Still There)