The clock is ticking and time is running out for the Dodgers to make some sort of move. Juan Soto is obviously the biggest name if you’ve been following along, but it feels like the leader in that race changes by the hour. Andrew Friedman and his front office team may decide to switch things up and go after other names before it’s too late.

One guy to keep an eye on is Marlins’ starter, Pablo Lopez. The Dodgers are reportedly keeping tabs on him ahead of the deadline today, and he would be a monster addition to this pitching staff. He would also allow for some pressure to be taken off of guys heading into October.

Lopez is 26 years old and having a pretty great run of success over the last 3 years. In 2022, he has posted a 3.41 ERA in 118.2 innings of work and punched out 119 batters. The Dodgers could slot him into the rotation and get guys like Tony Gonsolin some much needed rest.

I mentioned the idea of the Dodgers trading for Pablo Lopez a few months ago. There’s a lot to like. His change up is nasty. Generates a ton of whiffs. Chase rate is nearly elite. Fortifying the rotation for the future should be a priority.
https://t.co/ASFxi2KXkr 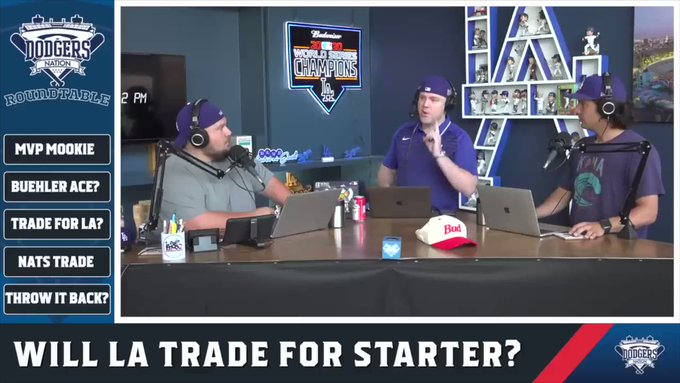 Lopez is also under team control through the 2024 season. That would set up the Dodgers and their pitching staff nicely, also ensuring them some consistency there for the next few years. They will need to decide if they want to pay guys like Julio Urias and Walker Buehler over the next couple of seasons.

Dodgers News: There is No Plan to Bench Max Muncy Amid Rough Season