Despite acquiring veteran reliever Chris Martin to help out in the late innings for the remainder of the season, the Dodgers are still waiting on Brusdar Graterol to make a return, which doesn’t look as soon as expected.

The 23-year-old was placed on the 15-day injured list retroactive to July 11th with right shoulder inflammation.

Graterol was able to play catch just last week from 90 feet away without any pain. However, in a pregame interview over the weekend, Dave Roberts said the righty will need a rehab assignment first before facing batters again.

Dave Roberts discusses some of the new additions to the roster ahead of first pitch in Colorado. #AlwaysLA https://t.co/jtnSPHoYLv 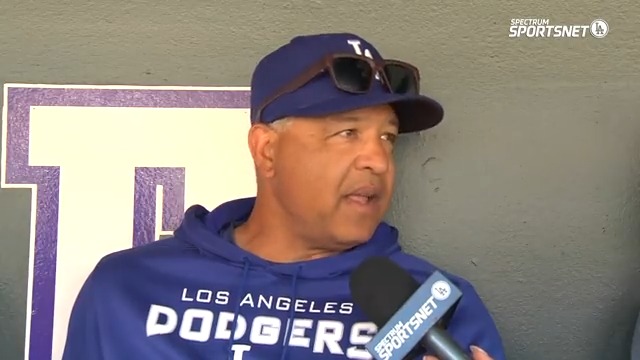 With Tommy Kahnle, Dan Hudson, and Blake Treinen all on the IL, the Dodgers have relied heavily on Evan Phillips for relief. Phillips has collected one save, 43 K’s, and has a 1.83 ERA across the 40 innings he’s pitches so far this season. The Dodgers have pulled out 10 wins across Phillips’ last 11 appearances.

Before he became inactive, Graterol had a 3.35 ERA and has dealt 35 strikeouts across his 40 innings pitched. He also collected three saves.

Despite Philips’ ability to step up to the occasion, the Dodgers are still lacking depth in their bullpen which might change soon as May is starting to make a comeback and if Friedman decides to trade for another reliever before the deadline.

Roberts also gave an update on slugger Edwin Rios whose been dealing with a strain in his right hamstring since early June.

The 28-year-old will likely spend two weeks on a rehab assignment with the OKC Dodgers as he works his way back into form.

With less than three months left in the season both Graterol and Rios’ return is uncertain for the remainder of the year.

How To Acquire Players After The Trade Deadline