After four years in the minors, James Outman finally got the call up to the major league stage with the Dodgers on Saturday. Manager Dave Roberts wasted no time with the prospect, inserting him into the No. 9 slot in the starting lineup for Sunday’s game.

The newest addition to the active roster excelled at the plate going 3-for-4 and making it a major league debut to remember.

On the third pitch of his first ever major league at-bat, Outman blasted a home run off German Marquez into the right-centerfield stands. It was two run bomb for the 25-year-old to give the Dodgers a 2-0 lead in the third inning.

With that shot, he became the eighth Dodger in franchise history to debut with a homer on his first at-bat and only the fourth since the club moved to Los Angeles ahead of the 1958 season. He joined Keibert Ruiz in 2020, Gary Ingram in 1994, and Jose Offerman in 1990 who also achieved the feat.

Outman’s next hit came in the seventh inning where he singled up the right field then later reached home on a double from Freeman scoring for the second time.

For the final at-bat of his major league debut, the rookie doubled on a sharp line drive to right field allowing Gavin Lux to score while collecting his third RBI of the day.

Altogether, Outman was the first Dodger ever to collect 3 hits, 3 RBI, a home run, and score 2 runs in his debut. Moreover, he was the first player to post a debut game like that since Joey Gallo, then of the Texas Rangers, in 2015.

The Sac State alumni was a triple sky of the cycle in his debut, instead settling for a homer, single, double. Notably, he also recorded the first strikeout of his big league career with a K in his second at-bat.

While Outman was the first Los Angeles Dodger to get three hits and three RBI in his first Major League game, he was the second in franchise history. The feat was first achieved by Brooklyn’s Packy Rogers in 1938 vs the New York Giants. Before Sunday, the last Dodger rookie to have 3+ hits in his first career game was Mike Piazza on 9/1/1992 at Cubs.

The newest right fielder had this to say after the game:

“It was a dream come true… It’s kind of what I’ve been envisioning ever since I was like 8 years old.” @kirsten_watson caught up with James Outman following his MLB debut. (3-for-4, HR, 2B, 3 RBI) https://t.co/W8TBIMsh93 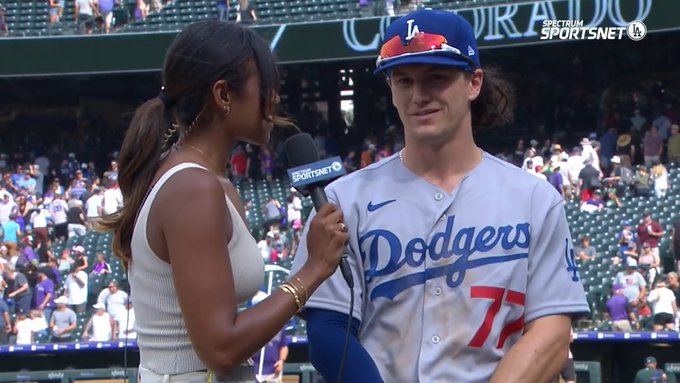 Among a field of prospects that Roberts could have chose from, he picked Outman who was a 7th round selection in the 2018 Draft. He decided to move Mookie Betts, who has been playing RF all season long, to 2B — something he said we could be seeing more and more often — and took a chance on the NorCal native. He had this to say on Outman’s performance: 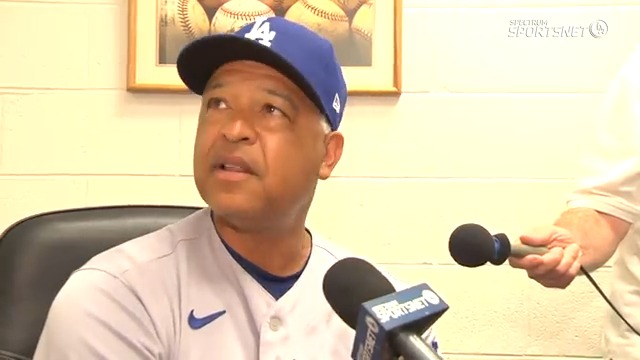 Outman had a major hand in the success of the team as they closed out the game with a 7-3 win over the Rockies taking the series 3-1. With over 60 games left in the regular season, Outman could see some more playing time, especially after Sunday’s performance which fans will definitely look forward to.

Reds GM Krall: Brandon Drury Extension “Not On The Table”

Is There An Advantage To Hitting To All Sides?