Juan Soto continues to be at the center of the baseball universe. The Washington Nationals have been exploring potential trades for the 23-year-old All-Star outfielder and the Dodgers have been very much in the mix. Of course, the Dodgers aren’t the only contending team eyeing a deal that will cost a historic amount of prospect capital. Surprise, surprise, the San Diego Padres, helmed by a GM in A.J. Preller who’s never afraid to make a deal, are also in on the Soto sweepstakes.

ESPN’s Jeff Passan believes that if the Nationals wind up trading Soto before the August 2nd deadline, the Dodgers and Padres are the two teams most likely to pull off a landmark trade.

Passan explained in a recent appearance on the Dan Patrick Show that if Nats GM Mike Rizzo brings the sky-high asking price, that’s reportedly teams’ top-six prospects, that Soto could be headed to the west coast.

“If he [Rizzo] comes down a little bit, I think the San Diego Padres could jump, the Dodgers could jump. I think the St. Louis Cardinals could still be in the mix but that depends on their pursuit of starting pitching, same thing goes for the Seattle Mariners. The Padres and the Dodgers at this point seem like the likeliest landing spots for him.”

“If he [Mike Rizzo] continues to stick to the ask that he’s put out to teams up until this point, I’m not sure Juan Soto is going anywhere. He’s been asking for 125% of Juan Soto’s value.”
–@JeffPassan discusses the likelihood of Juan Soto getting moved
https://t.co/A7PJZRSpqn https://t.co/Iym4QKfjBD 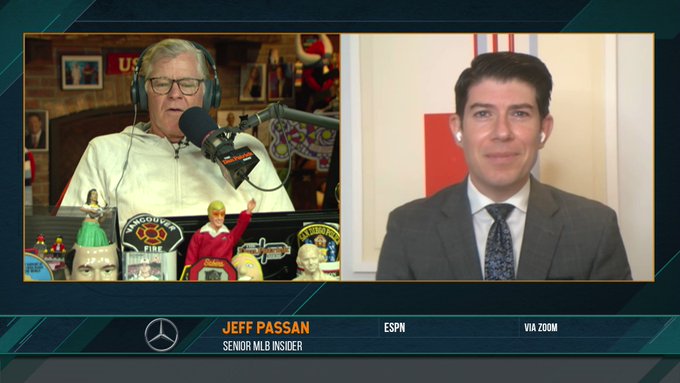 Passan’s quote outlines a scenario eerily reminiscent of last year’s trade deadline where the Dodgers and Padres battled it out for Max Scherzer.

It appeared that in the eleventh hour, after MLB insider Ken Rosenthal reported that the Padres were “close” to acquiring Scherzer, Dodgers team president Andrew Friedman shocked the baseball world by not only trading for Scherzer, but Trea Turner as well.

Perhaps Friedman is willing to beat out the Padres once again for the top trade target at the deadline.

Which Teams Improved the Most at the Trade Deadline?

A Symptom of a Larger Problem