After a tough loss last night with Kershaw on the mound – the Dodgers will look to win the series outright today in Colorado. LA will be looking to grab an NL best 68th win of the season.

2022 All-star Tony Gonsolin will take the hill for the Dodgers. The Rockies will have their 27-year-old righty, German Marquez on the mound. The Dodgers first-time All-Star will try to get his 12th win of the season in a hitter’s paradise, Coors Field. 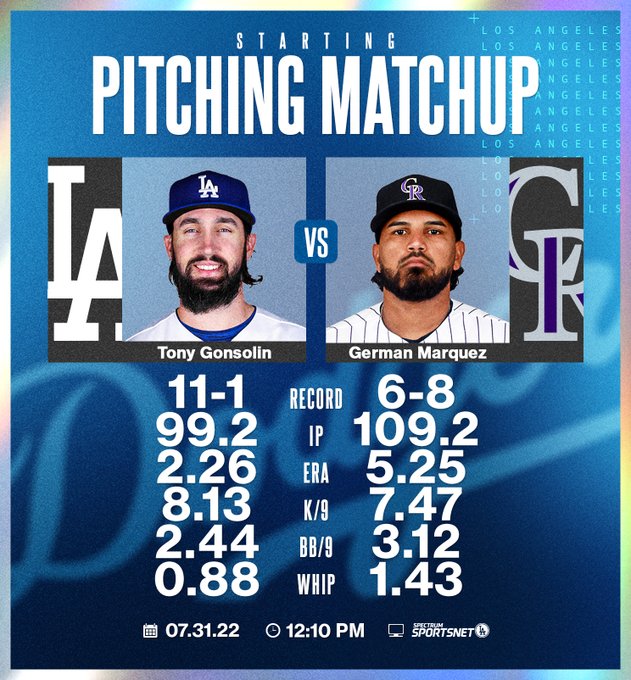 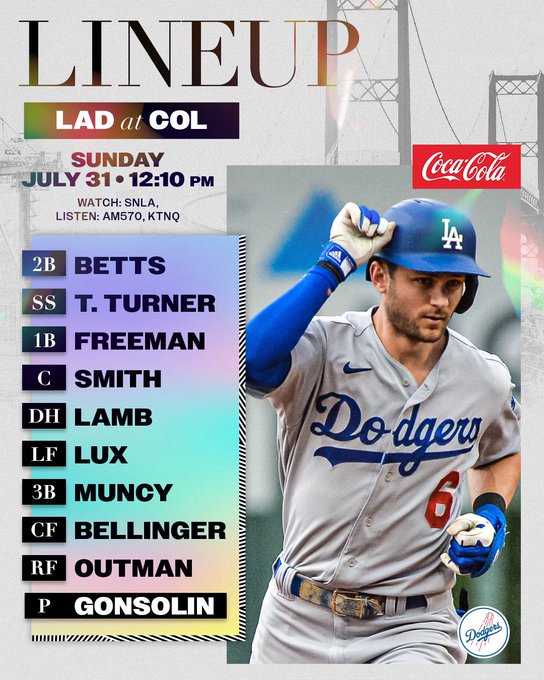 Nothing about the top of the lineup has changed – except for the fact that Mookie Betts will be starting at 2B today. Manager Dave Roberts said yesterday that we should expect the typical right fielder to start at second from time to time.

Since, Mookie will start at 2B, 25-year-old James Outman is in the lineup and will get his first major league start at right field. Outman was called up on midnight Saturday due to the Dodgers trading away Zach McKinstry for reliever Chris Martin.