Dodgers News: Dustin May Dazzles In His Second Rehab Start in Triple-A

The Dodgers pitching staff has been one of the best in the bigs and the scary part is, they’re missing a pair of key starters. Opening Day starter Walker Buehler has been on the shelf with a forearm injury and isn’t expected to be back until the stretch run. Fellow flame-thrower Dustin May however, is considerably closer to returning to the mound for the Dodgers.

May is getting towards the finish line in his long road back from Tommy John surgery. The righty is currently out on a minor league rehab assignment with the OKC Dodgers.

On Thursday night, May took the mound for his second start in Triple-A, and it was nothing short of incredible.

The 24-year-old threw three innings of shutout ball and allowed just two of the 12 batters he faced to reach base. He struck out six a batters, including back-to-back punch outs in the first to get out of the inning and neutralize a leadoff triple. May didn’t allow a single walk in the outing, throwing 32 of 46 pitches for strikes.

Dodgers fans even got a glimpse of a filthy, vintage May two-seam fastball in the second inning. 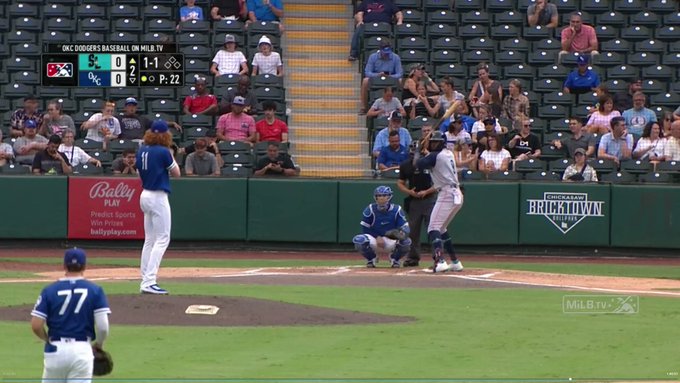 May wasn’t the only Dodgers big leaguer seeing action in the game either. Slugger Edwin Ríos started the game at third base. Ríos went 0-for-1 with a strikeout and a walk.

May expected to make at least two more starts in Triple-A before making his first appearance for the Dodgers since early May of 2021.

Whenever he’s ready for his big league return, he’ll provide the Dodgers pitching staff with a big boost.

Dodgers: Offense Explodes in Win Over the Rockies