Julio Urias draws the start on the mound for the Dodgers looking for his 10th win of the season and posting a 2.72 ERA. Urias got the best of the Rockies in his last matchup on July 4, pitching 6.0 innings and giving up one earned run while delivering eight strikeouts in a 5-3 victory. Chad Kuhl draws the start for the Rockies. In his last game against the Dodgers, he pitched a complete game in a 4-0 victory on June 27 at Coors Field.

The #Dodgers send Julio Urías to the mound for Game 2 vs. the #Rockies tonight at 5:40 PM on SportsNet LA. https://t.co/lxats8jeBF 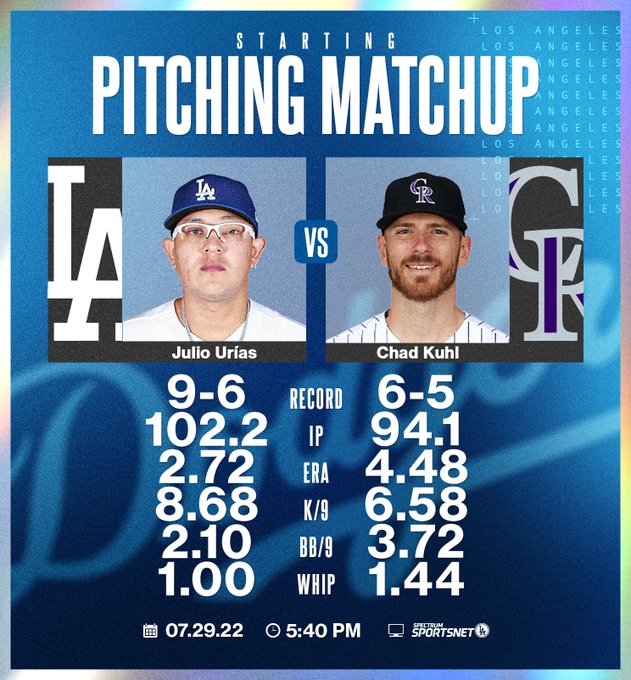 As OCR’s Bill Plunkett notes, veteran slugger Justin Turner is out of the lineup yet again. Fan favorite Trayce Thompson gets the start in left field, with Jake Lamb, another upstart veteran, starting as LA’s designated hitter. 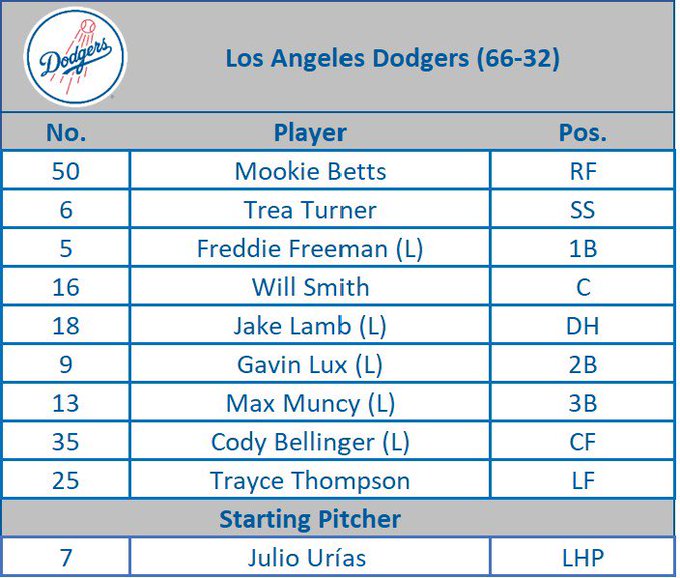 The Dodgers look for win 67 in game two of the weekend series.

Clayton Kershaw will get the start tomorrow and Kyle Freeland takes the bump for the Rockies for a 5:10PM PT first pitch. The Dodgers will close out the series on Sunday. Tony Gonsolin will be hoping to collect his 12th win of 2022 season.

Dodgers Once Again Lose Kershaw, and an Air of Invulnerability