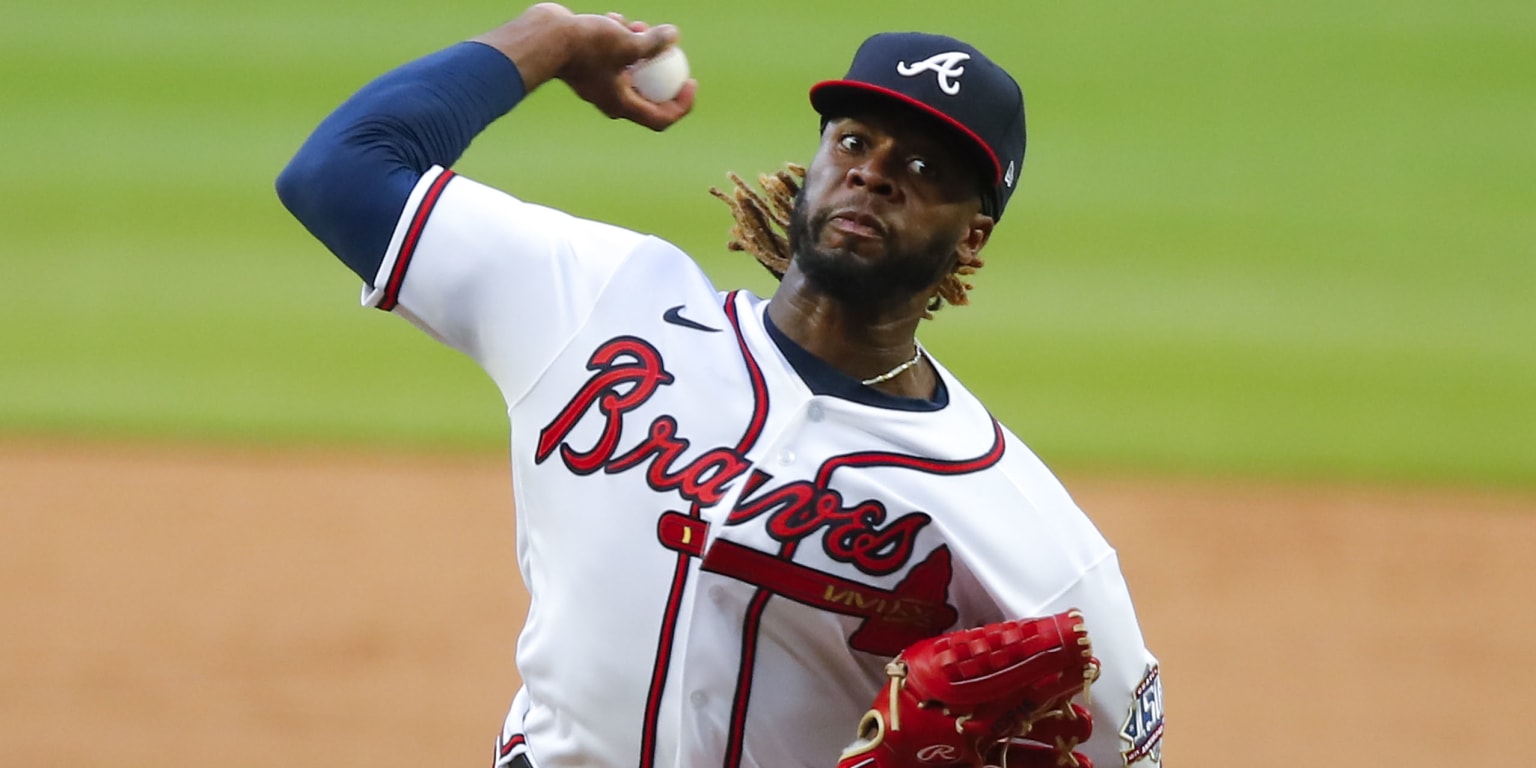 ATLANTA — Making his first appearance in 10 months, Touki Toussaint gave the Braves reason to remain optimistic about what the season’s final two months might bring.

Toussaint navigated his way into the seventh inning in efficient fashion and Freddie Freeman extended his recent home run barrage as the Braves began a challenging and crucial stretch with a 2-1 win over the Padres on Tuesday night at Truist Park.

Freeman’s opposite-field homer off Yu Darvish in the sixth inning provided a lead for Toussaint, who allowed one run and three hits in 6 2/3 innings. The right-hander distanced himself from past command issues during this 79-pitch effort that included 48 strikes.

“That mindset there was different,” Freeman said. “It felt like [Toussaint] was going out there and attacking. We’ve seen it before, but I’m hoping this is the start of a really nice run from Touki because he just looked different on the mound tonight.”

Manny Machado’s fourth-inning double accounted for the Padres’ only hit before Toussaint surrendered consecutive singles with two outs in the seventh. The Braves hurler’s pitch count was low but manager Brian Snitker successfully gambled on his bullpen when Tyler Matzek entered and stranded the two runners.

Once Chris Martin and Will Smith combined to work the final two innings in scoreless fashion, the Braves found themselves back within 3 1/2 games of the first-place Mets in the National League East. Their chances at a fourth consecutive division crown might be determined over the next week.

After Wednesday’s doubleheader against the Padres, the Braves hit the road for four games against the Phillies and five against the Mets. These are the only two teams ahead of Atlanta in the NL East.

“I think we’re going to win the division,” Toussaint said. “But that’s the expectation and I think that’s what everybody knows that we can do.”

Winning without Ronald Acuña Jr. will be more realistic if Freeman extends a hot streak that was lengthened with the decisive, opposite-field homer he hit off Yu Darvish on Tuesday. The reigning NL MVP’s 22nd homer of the season was his fifth home run within his past seven games. He has hit .382 with a 1.099 OPS over his past 34 games.

But what would really help is if the Braves continue to get unexpected valuable contributions from the likes of Toussaint, who is a former top prospect who got further lost in the shuffle when he began the season on the 60-day injured list. His shoulder improved over the past few months and he opened some eyes when he recorded 18 strikeouts and allowed just two runs while totaling 12 innings over his final two rehab starts for Triple-A Gwinnett.

So, with the previous control issues in mind, it was easy to understand why Toussaint preferred this start to the one produced against the Blue Jays last year.

“That’s the thing that you have to do to be a starter, you have to be efficient, and get deep into games,” Toussaint said.

With a doubleheader on Wednesday and at the start of a stretch of 12 games within 10 days, Toussaint’s ability to get into the seventh could have lingering benefits for the Braves. This also might have been the start of something special for the talented right-hander who has spent the past couple years chasing consistent success.

“I don’t look forward anymore,” Toussaint said. “I am where my feet are and I attack the day that way.”