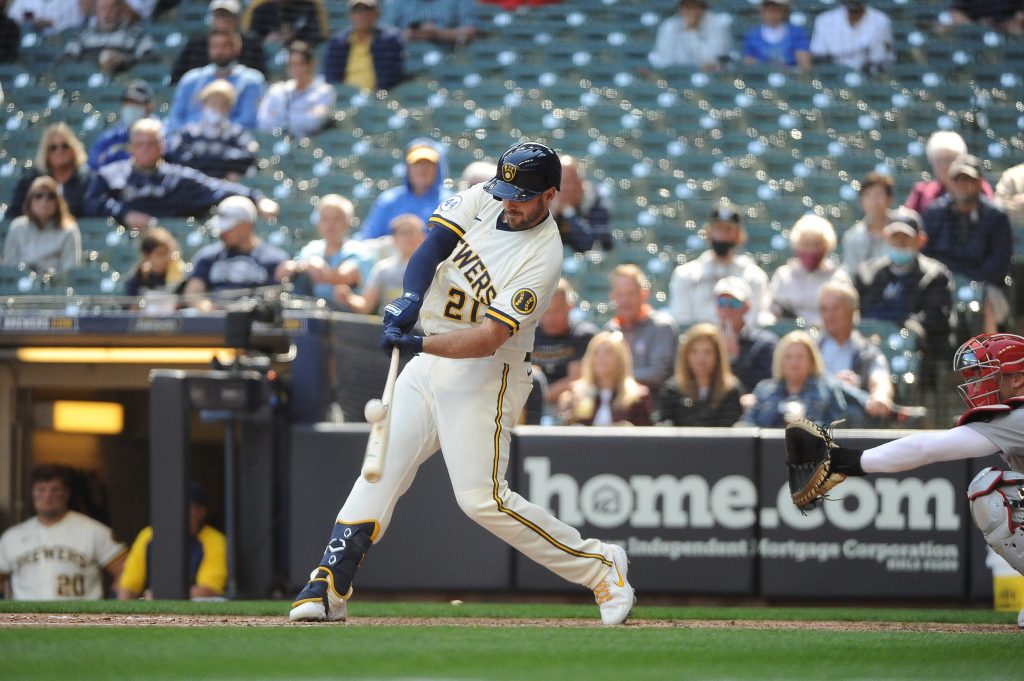 Brewers third baseman Travis Shaw left tonight’s game after dislocating his left shoulder, the team announced. The club didn’t provide a timetable for his return, but he’s almost certainly headed to the injured list. As Tom Haudricourt of the Milwaukee Journal-Sentinel points out (on Twitter), shoulder dislocations can sometimes lead to months-long absences.

Shaw, who played for Milwaukee from 2017-19, re-signed with the Brew Crew on a minor league deal over the winter. He made the club out of Spring Training and has since worked as the primary third baseman. It hasn’t been an especially productive season for Shaw, who has hit just .192/.280/.339 with six homers in 201 plate appearances. That puts him on track for his third consecutive below-average campaign at the plate, a disappointing turn after his strong work between 2017-18.

If Shaw is indeed facing an extended absence, Milwaukee looks likely to turn to utilitymen Daniel Robertson and/or Jace Peterson at the hot corner for now. Keston Hiura, recently demoted to Triple-A Nashville amidst massive struggles, could also be an option, if Milwaukee wants to reinstall Hiura at second base and kick Luis Urías over to third.

Given Shaw’s struggles, third base already looked like a potential area for the Brewers to upgrade in advance of the July 30 trade deadline. At 34-26, Milwaukee is tied with the Cubs for the lead in a tightly-packed NL Central. If they continue on their current trajectory, they’d position themselves as a likely deadline buyer.

With about seven weeks to go, it’s still relatively early in the season to swing a notable trade (the Brewers own acquisition of Willy Adames from the Rays last month notwithstanding). Still, there are a few clubs already out of contention, so it’s easy to find some candidates Milwaukee could perhaps land if the front office goes outside the organization.

The Diamondbacks are likely to put Asdrúbal Cabrera and Eduardo Escobar on the block. Cabrera is back from a three-week IL stint and looking to build on a strong start to the year, while Escobar has rebounded from a hideous 2020 to hit for decent power this season. The Orioles would surely move Maikel Franco, but he’s gotten off to a dismal start. It’s possible the Tigers could listen to offers on Jeimer Candelario, while the Nationals figure to make Josh Harrison available if they fall out of contention. That’s far from an exhaustive list of potential options, but it serves to highlight the kind of players the Brewers could look into if they’re seeking a short-term upgrade at the hot corner.

The Reds Could Be One Of The Deadline’s Most Interesting Teams
Hey, Can Anyone On This Baseball Field Tell Me What the Count Is?
Central Notes: Twins, Singer, Moustakas, Alzolay
Bullpen woes, baserunning error sink Braves
Diamondbacks GM Mike Hazen Discusses Trade Deadline Outlook