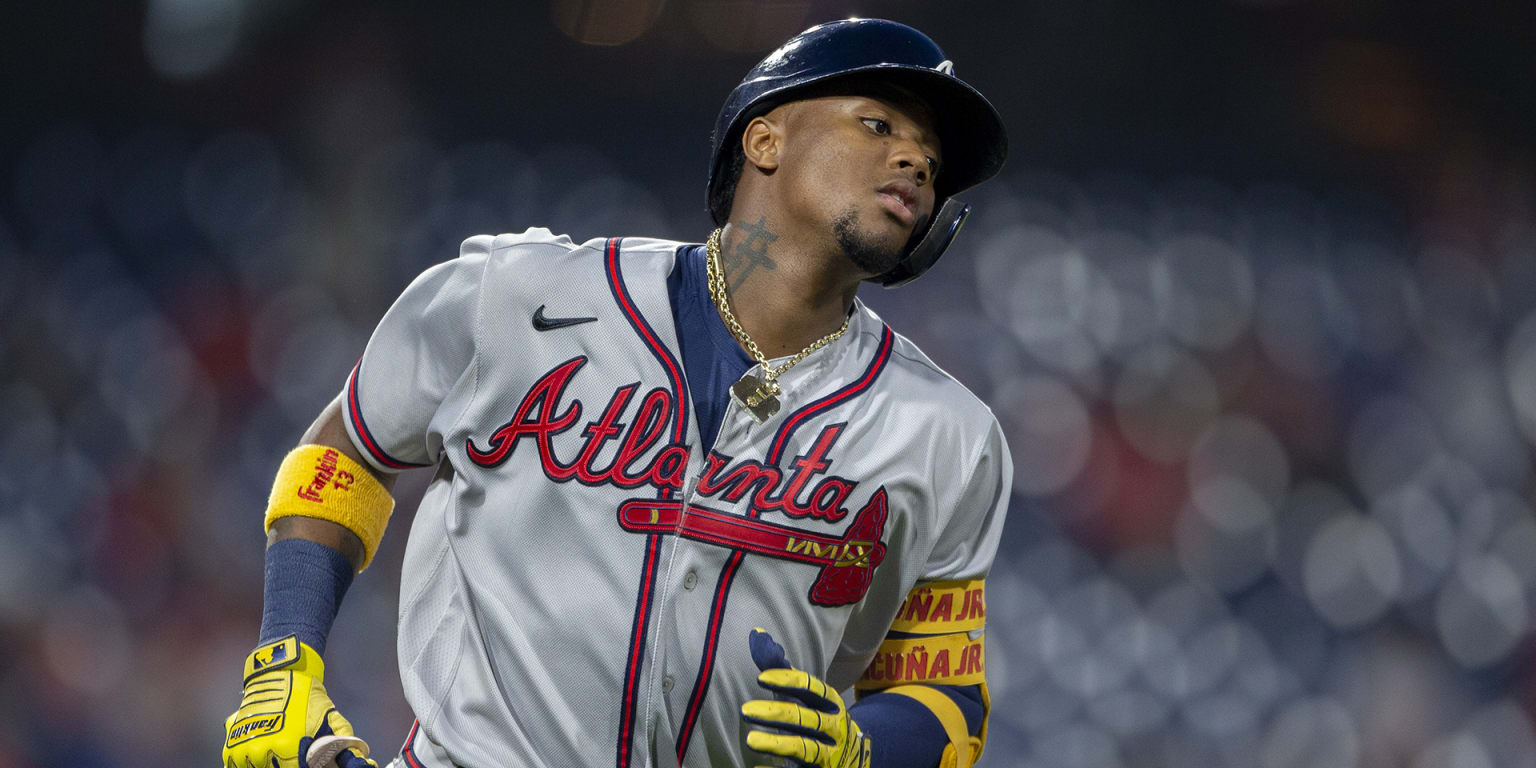 Anyone who witnessed the monstrous solo shot Acuña hit in the third inning might still be talking about it decades from now. But that solo shot wasn’t any more important than the key hits Riley and Contreras tallied during a five-run eighth that gave the Braves a 9-5 comeback win over the Phillies on Tuesday night at Citizens Bank Park.

“That was just a good, hard-fought win,” Braves manager Brian Snitker said. “We lost a lead and then came back. A lot of really good things happened.”

As the Braves tallied their third straight win and built off this past weekend’s series win over the Dodgers, they produced an action-packed night that was highlighted when Acuña nearly hit Aaron Nola’s first pitch of the third inning outside of the stadium. The solo shot traveled a projected 460 feet with a 116 mph exit velocity down the left field line.

“The pure power of what he did, that might be the best one I’ve ever seen,” said the 65-year-old Snitker.

There have been homers hit longer and with a higher exit velocity. But it’s rare to see a ball pulled with that kind of ferocity and power. The colossal homer was the hardest-hit ball of Acuña’s career and the hardest-hit home run recorded by a Braves player since Statcast began tracking the data in 2015.

Acuña actually bested the mark he had set on Aug. 2, 2019 when he generated a 115.9 mph exit velocity on a home run he hit against Alex Wood, who was then with the Reds.

“Whether it just barely gets out or goes a long way, it’s still a home run,” Acuña said through an interpreter. “I’ll take them how I can get them.”

Acuña now has 18 homers this season, tying him with Vladimir Guerrero Jr. for the Major League lead. Four of his homers have traveled at least 440 feet. The only player to match or exceed this distance more frequently with a homer this year is the Padres’ Fernando Tatis Jr., who has done so five times.

“His ability to pull his hands inside and to do [that] with the elite power is pretty special,” Riley said. “He’s just Ronald.”

When Acuña was asked whether Riley should make the All-Star team, he didn’t use the translator. He just immediately replied in English, “Yes, a hundred percent.”

Acuña also doubled and scored on Freddie Freeman’s single in the fifth. As for Riley, his first extra-base hit of the night came courtesy of a first-inning RBI double. But his most timely contribution of the night was the eighth-inning homer he hit off Connor Brogdon.

Braves starter Drew Smyly’s throwing error helped the Phillies pull within one run in the fifth. Philadelphia scored two more runs in the sixth to take a 5-4 lead. Shane Greene made his season debut to begin the inning and immediately allowed an opposite-field homer to J.T. Realmuto, who hit a 3-2 slider after home plate umpire Edwin Moscoso seemed to miss two strikes.

But instead of being doomed by the ugly sixth, the Braves fought back in the eighth, which included a two-run single by Acuña and the go-ahead single from Contreras. The rookie catcher also homered off Nola in the fourth.

“He’s a superstar in the making,” Acuña said. “I think he has that potential.”